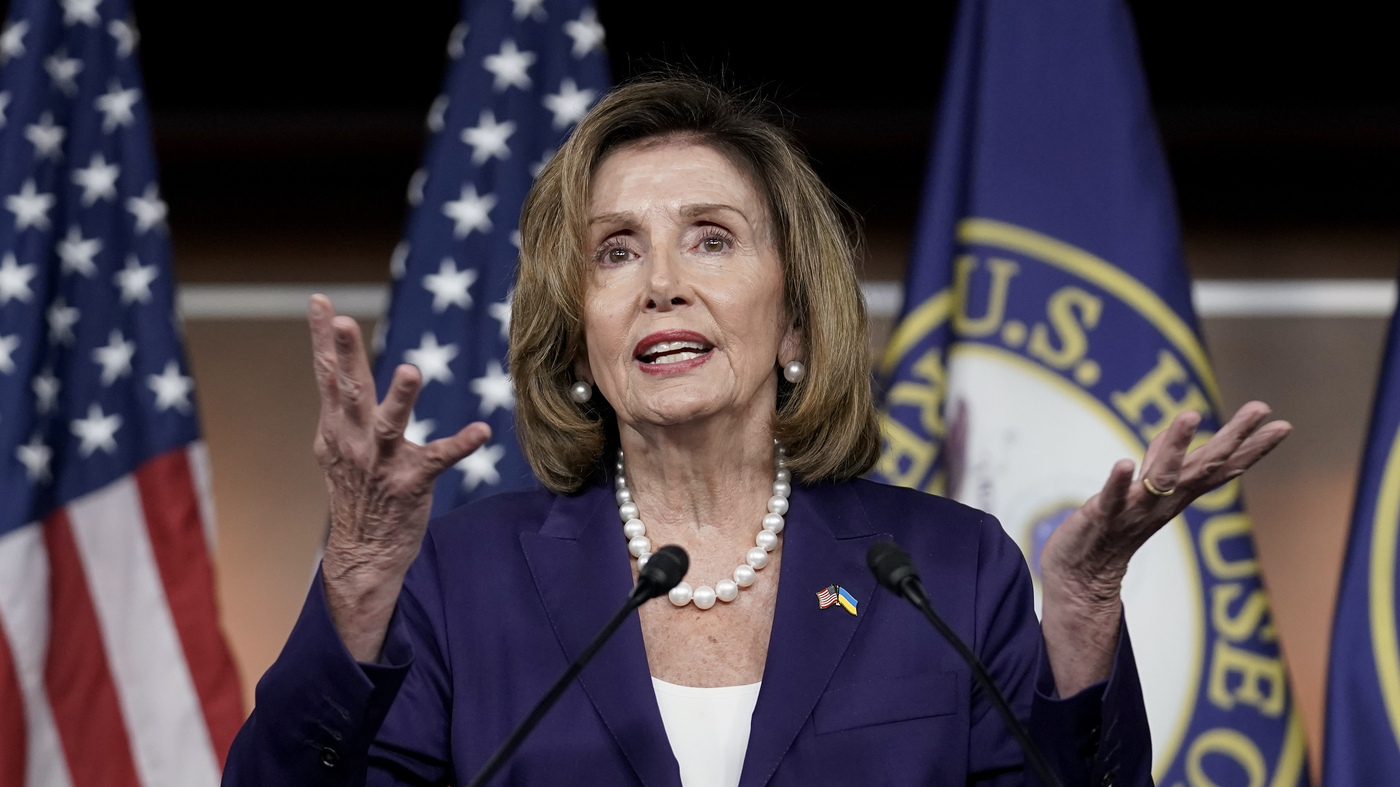 House Speaker Nancy Pelosi, D-Calif., speaks during a news conference Friday, July 29, 2022, at the U.S. Capitol. Pelosi arrived in Singapore early Monday, kicking off her Asian tour as questions swirled over a possible stop in Taiwan that has fueled tension with Beijing.

KUALA LUMPUR, Malaysia — U.S. House Speaker Nancy Pelosi arrived in Singapore early Monday, kicking off her Asian tour as questions swirled over a possible stop in Taiwan that has fueled tension with Beijing. A person familiar with the matter confirmed that Pelosi and her delegation landed in the city-state before dawn. They spoke on condition of anonymity because they were not authorized to release details to the media. Pelosi will call on Singapore President Halimah Yacob and Prime Minister Lee Hsien Loong, and meet with a number of Cabinet Ministers, said a spokesperson for Singapore’s foreign ministry. She is also expected to attend a cocktail reception with the American Chamber of Commerce in Singapore. There is no media access to her visit, which has been kept under tight wraps. In a statement over the weekend, Pelosi said she will also visit Malaysia, South Korea and Japan to discuss trade, the COVID-19 pandemic, climate change, security and “democratic governance.” She didn’t confirm news reports that she might visit Taiwan, which is claimed by Beijing as its own territory. Chinese President Xi Jinping warned against meddling in Beijing’s dealings with the island in a phone call last week with his American counterpart, Joe Biden.

Beijing sees official American contact with Taiwan as encouragement to make its decades-old de facto independence permanent, a step U.S. leaders say they don’t support. Pelosi, head of one of three branches of the U.S. government, would be the highest-ranking elected American official to visit Taiwan since then-Speaker Newt Gingrich in 1997. The Biden administration has tried to assure Beijing there was no reason to “come to blows” and that if such a visit occurred, it would signal no change in U.S. policy. Taiwan and China split in 1949 after the communists won a civil war on the mainland. Both sides say they are one country but disagree over which government is entitled to national leadership. They have no official relations but are linked by billions of dollars of trade and investment. The United States switched diplomatic recognition from Taipei to Beijing in 1979, but maintains informal relations with the island. Washington is obligated by federal law to see that Taiwan has the means to defend itself. Washington’s “One China policy” says it takes no position on the status of the two sides but wants their dispute resolved peacefully. Beijing promotes an alternative “One China principle” that says they are one country and the Communist Party is its leader.
A visit to Taiwan would be a career capstone for Pelosi, who increasingly uses her position in Congress as a U.S. emissary on the global stage. She has long challenged China on human rights and wanted to visit Taiwan earlier this year. Pelosi’s delegation includes U.S. Reps. Gregory Meeks, chairman of the House Foreign Affairs Committee; Mark Takano, chairman of the House Committee on Veterans’ Affairs; Suzan DelBene, vice chair of the House Ways and Means Committee; Raja Krishnamoorthi, a member of the House Permanent Select Committee on Intelligence and chair of the Subcommittee on Economic and Consumer Policy of the House Committee on Oversight and Reform; and Andy Kim, a member of the House Armed Services and Foreign Affairs Committees.
…