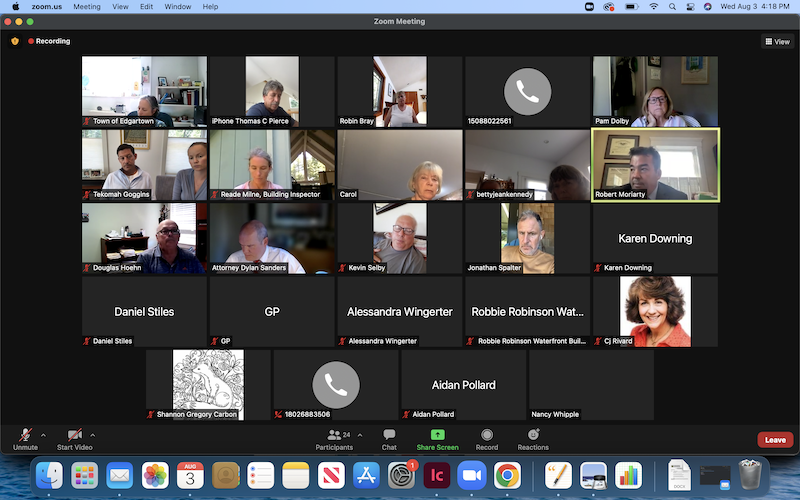 Over some neighbors’ objections, Atlantic Pool, an Edgartown-based pool construction and service business, will be allowed to continue operating out of owner Tekomah Goggins’s home on Watcha Path, after the Edgartown Zoning Board of Appeals approved a special permit for the business Wednesday.Atlantic Pool first came before the zoning board in February, after building inspector Reade Milne found the business to require a special permit for a small-scale business in a residential district under Edgartown’s zoning bylaws.
Neighbors of Mr. Goggins, represented by attorney Dylan Sanders, spoke out against the business Wednesday, arguing as many did in February that van traffic stemming from Atlantic Pool has damaged Watcha Path, a narrow dirt road.
“He’s grown to a very large commercial business,” abutter Daniel Stiles said.
Jonathan Spalter, another abutter, said Mr. Goggins’s operations on Watcha Path are damaging to the character of the neighborhood.
“It’s a shame that we have to have this conversation, but this is not spilled milk,” he said.
Mr. Goggins was given a permit by former building inspector Lenny Jason in 2018, allowing him to operate his business by right under Edgartown zoning bylaws that allows tradespeople to operate out of their homes in residentially-zoned areas. Mr. Goggins’ lawyer Robert Moriarty said Mr. Goggins was transparent from the tim …