Skin Cancer Is a Risk No Matter the Skin Tone. But It May Be Overlooked in People With Dark Skin. 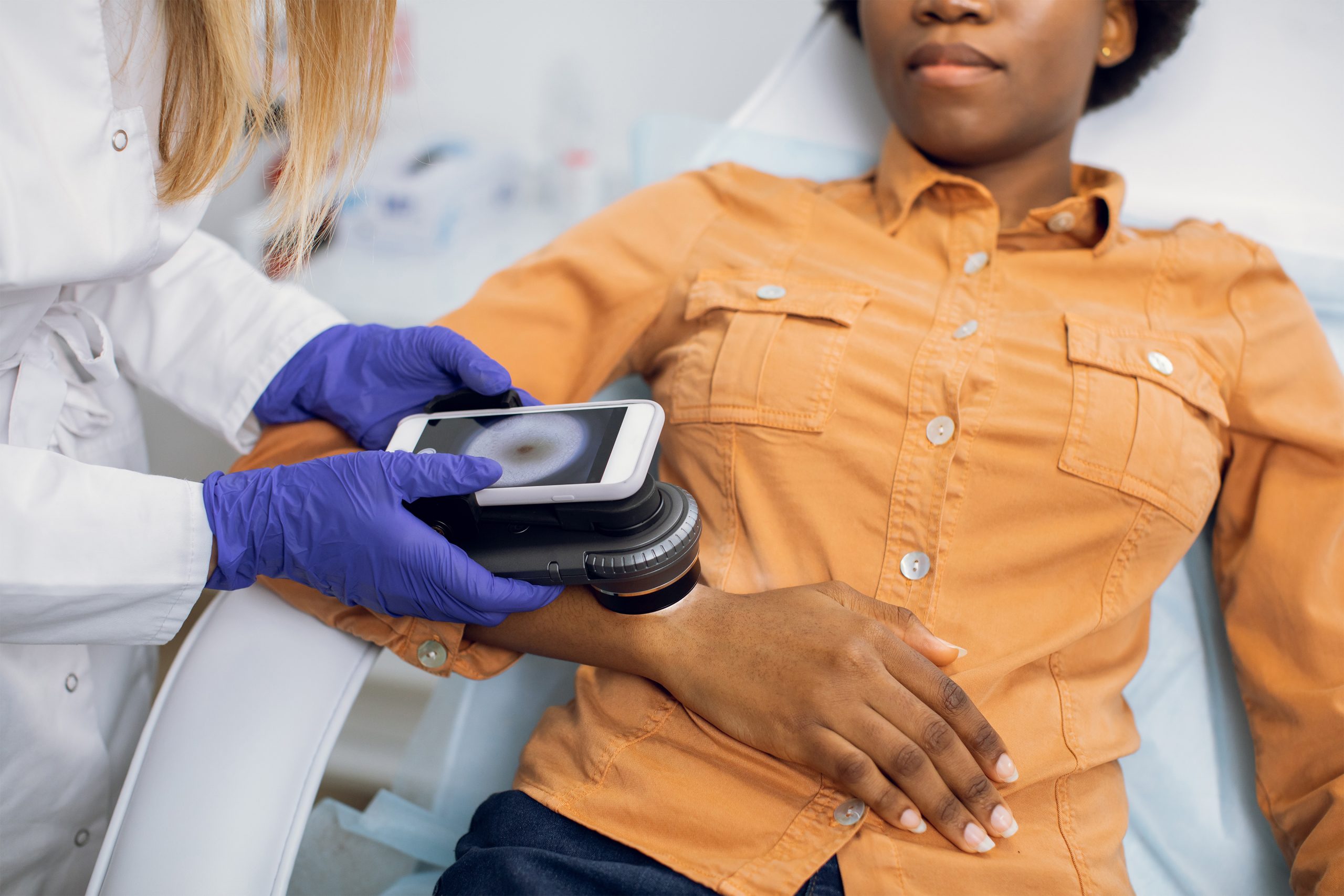 Brykyta Shelton found herself standing in a checkout line of a big-box retailer, uncomfortably aware as a woman ahead of her stared at her sandaled feet.

Shelton had been taking medication for months for what her doctor said was toenail fungus, but one nail still looked gross.

After Shelton completed her purchase, the woman pulled her aside and said that, while she wasn’t a doctor, she thought Shelton was dealing with something more serious than fungus.

“She’s like: ‘I know I’m just a random stranger, but please, go get it checked out by someone else,’” said Shelton, who lives in a Maryland suburb of  Washington, D.C.

The initial lab work didn’t give a clear diagnosis, but her new doctor said he was confident she had acral lentiginous melanoma, a form of skin cancer. Additional testing proved him right. While rare, it is the most common subtype of melanoma in Black people, like Shelton. It is the disease that killed reggae star Bob Marley at age 36, and is most often found on skin less frequently exposed to the sun, such as the hands, the soles of the feet, and under nails. Researchers do not understand what causes acral lentiginous melanoma, and they don’t know how to prevent it. It is often overlooked in skin checks or misdiagnosed.

Skin cancer, in general, is often missed or misdiagnosed in …