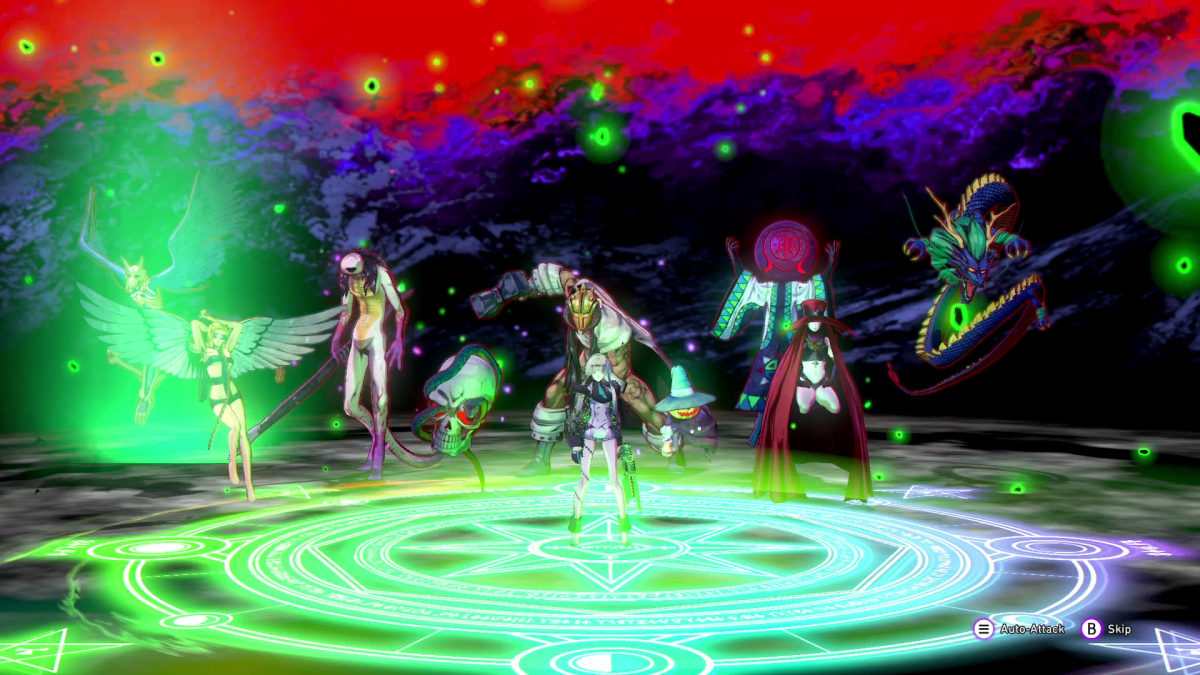 Shin Megami Tensei (SMT) is a long running game franchise in Japan. The series launched in 1987 with Digital Devil Story: Megami Tensei and is still going strong today. Like Devil Summoner, the popular Persona games are a spin off of SMT.

It might seem like I’m just doing a history of the games here, but I have a reason for this exposition. Soul Hackers 2 feels like a template made from the hallmark traits of all the SMT titles. This is both good and bad.

Your main characters blink into existence at the beginning of Soul Hackers 2. Aion, a sentient AI that hides in the world’s data, creates Ringo and Figue to help humans stop the end of the world. Once you’re out in the city, you team up with three devil summoners known as Arrow, Milady, and Saizo. We’ll skip any more information about the game’s story as to not spoil the experience for players.

What’s in a game

It’s easy to sum up game mechanics for SMT games. You control a team of players who can summon devils. The devils have different powers that align with different elements, such as ice, electricity, or fire. The demons you find while exploring will sometimes join you for a price. You can fuse demons together to make new, more powerful summons for you to control. Demons have their own set of skills but can also inherit skills from those used to create it.