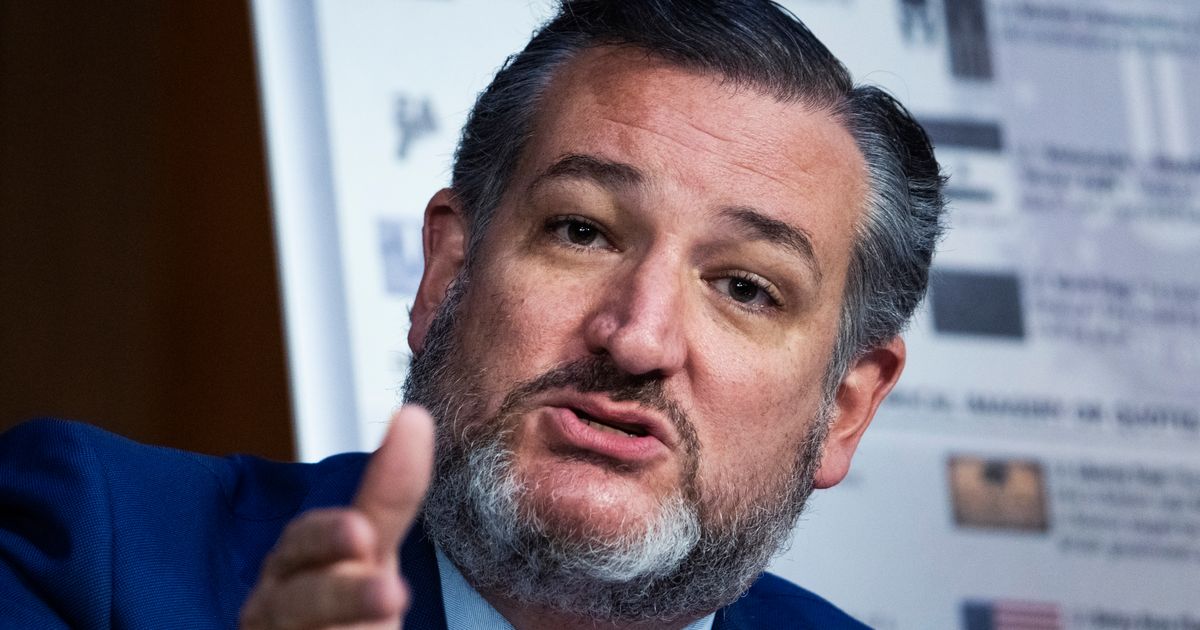 Critics went espresso on the insults against Sen. Ted Cruz (R-Texas) after he bashed coffee shop workers as “slacker baristas” for not paying off their student loans.On his “Verdict With Ted Cruz” podcast earlier this week, the conservative called young working Americans “slackers,” who will benefit from the Biden administration’s student loan forgiveness plan. President Joe Biden announced on Wednesday that up to $20,000 in student loan debt will be canceled for some borrowers.AdvertisementCruz suggested that if young people could “get off the bong for a minute” they might manage to “head down” to the polling station and vote. “If you are that slacker barista who wasted seven years in college studying completely useless things, now has loans and can’t get a job, Joe Biden just gave you 20 grand,” Cruz said on the podcast. “You know, maybe you weren’t gonna vote in November, and suddenly you just got 20 grand!” he added. However, the median wage as of 2021 for food and beverage workers is $12.49 an hour, according to the U.S. Bureau of Labor Statistics. Recently, a barista posted a video on TikTok explaining that two drinks may cost more than his earnings for one hour of work, The New York Post reported. “It is so fucked up that as a barista, someone can come up and order two drinks that cost more than what I make in an hour,” he said in the viral video. “Two drinks that I can make in two minutes. And I make less than that in one hour.”AdvertisementAppalled critics on Twitter slammed Cruz for denigrating working Americans.I’ll take one “slacker barista” whose job is to serve others over a thousand jackwagons like @tedcruz who only serve themselves.— Jody Dean (@DFWJodyDean) August 27, 2022

It is absolutely abhorrent that a US senator could talk about folks like this. “slacker barista”? Go fuck yourself Cruz!! You wouldn’t last 10 minutes on the floor at peak! https://t.co/mJwa3Z8ADQ— Rural PeePaw (@tyd4ee) August 27, 2022

Working as a Barista the summer after my freshman year of college was the hardest job I have ever had. And I work in media and production. Cruz continues to be a senseless scumbag. https://t.co/6t5yniDOol— Emily Milliron (@EmMilliron) August 27, 2022

“If you are that slacker barista who … now has [student] loans and can’t get a job …” Ted Cruz, being despicable. Baristas are “slackers” who don’t have “a job”? Really sickening.— Brian Wolfman (@brian_wolfman) August 27, 2022

I worked 40 hours a week at the 3rd busiest Sbux in the country while taking 18 credit hours and dance class. I slept about 3-6 nights a week depending on the night.Slacker barista. F-k Ted Cruz. https://t.co/cF4DAtytBX— Alex Clifton (@wskrs) August 27, 2022

AdvertisementI would rather be a barista than Ted Cruz. Being a barista is honorable and is a honest days work. https://t.co/VCANhwyBGq— ☀️𝕁𝕖𝕟𝕟 𝕚𝕤 𝕠𝕟 𝕍𝕒𝕔𝕒𝕥𝕚𝕠𝕟☀️ (@SnshinePrincess) August 27, 2022

Senator Cruz, let me introduce to you a group of nurses and working class Americans who, in many cases, are working two jobs and over 40 hours a week just to pay off their student debt and pay for the basic necessities of life. No, they are not slackers. They deserve relief. pic.twitter.com/vhX3KX4U9O— Bernie Sanders (@BernieSanders) August 27, 2022

Every barista that serves Ted Cruz for the rest of his life will spit in his coffee for his comment. This is what Ted thinks about all of us, barista or not. While he married rich & sits around all day doing nothing, he projects that on some of the hardest workers in America …