The Gamevice proves the value of a handheld, but only if the price is right 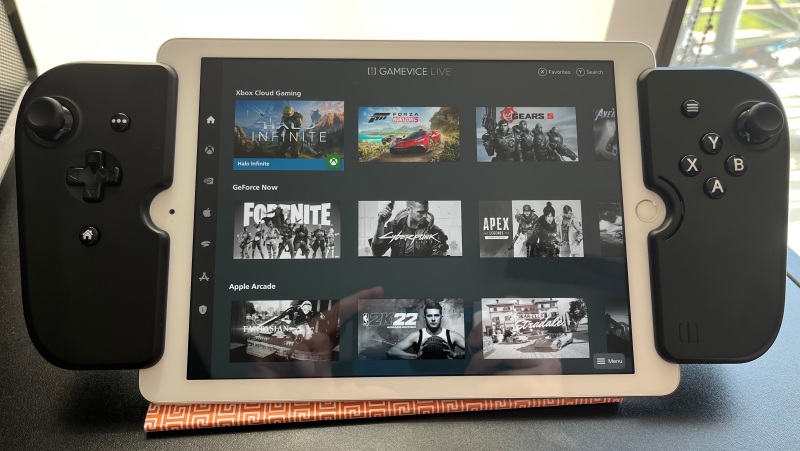 The rise of cloud gaming services means that phones and tablets have the potential to be prolific gaming devices. But a device like the iPad is not really comfortable to use with touch controls. Enter the Gamevice for iPad, a new controller attachment from the company of the same name, which turns the tablet into handheld gaming device.

The Gamevice is a scaled-up version of the company’s iPhone and Android attachment, altered slightly to work with non-Mini Lightning-based iPad models. It’s a plastic controller grip with a rubber back, that can adjusted to fit a few different models of iPad. The Gamevice has bumpers, triggers, two analog sticks, and a button arrangement comparable to an Xbox controller. It comes with a pass-through charging port, but does not itself require charging. It also adds a headphone jack to the iPad.

The Gamevice is a large controller clip that turns an iPad into a handheld gaming device.Once attached, the Gamevice works with any iPad game with controller support. This includes Apple Arcade games, as well as any game on cloud gaming services, such as Xbox Game Pass, GeForce Now, Google Stadia, etc. As it is a connected controller, it has virtually no input lag or latency issues. Gamevice is the same company that worked on the Razer Kishi, so this is a comparable product.

So is this worth the buy for iPad owners? Does it stack up against similar handhelds, such as the Switch and the Steam Deck? Is there even a point in comparing the two? Respectively, I say yes, sort of, and yes — to a point.

The Gamevice’s purpose is to transform the iPad into an oversized Switch-like console. This makeshift handheld, when combined with the many cloud gaming and streaming services out there, gives gamers both the means to play and access to hundreds of games. That’s not a unique claim in this market — the Switch and the Steam Deck are both handhelds that offer access to hundreds of games. But the Gamevice stacks up to them both by virtue of what it is: An augmentation to an existing piece of hardware with more general utility.

The biggest advantage the iPad has is its enormous screen. The iPad models that work with the Gamevice have much larger screens than the Steam Deck and the Switch OLED — roughly 11 inches to the latters’ 7 inches. Having such a large screen with which to play games is so good it might spoil you. I played Ori & the Blind Forest on my iPad with the Gamevice, and it looked every bit as gorgeous as it did on my PC.

The drawback to having such a large screen is that the controller clipped to it must be of a comparable size. And the Gamevice certainly is that. It measures nearly 14 inches at its widest point, and the controller grips are five inches high and two inches at their thickest point. This makes th …