To Retain Nurses and Other Staffers, Hospitals Are Opening Child Care Centers 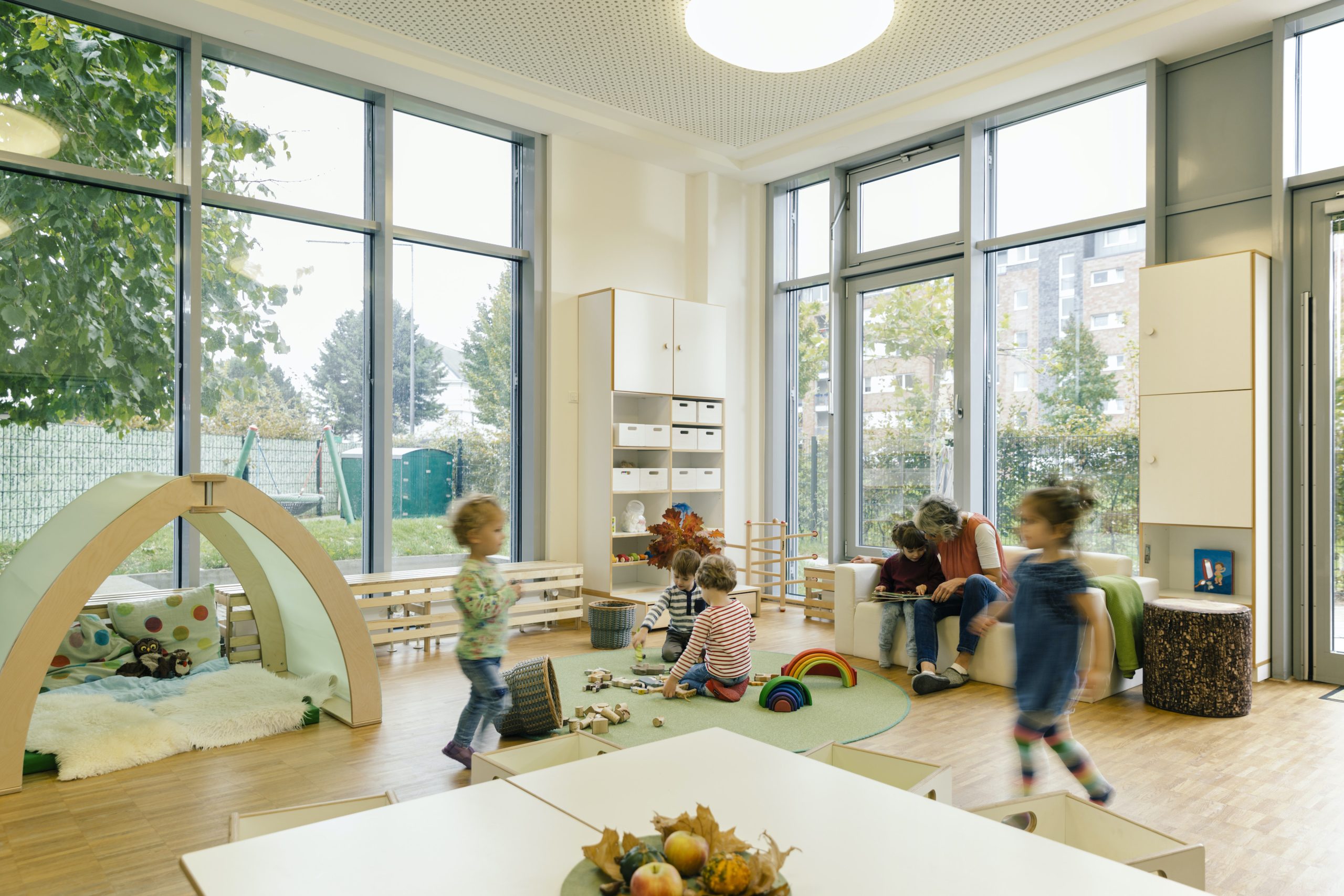 When Jennifer Lucier and her husband found out they were expecting a baby in 2016, they immediately made three phone calls.

The first was to her mother. The second was to her husband’s family. And the third was to the Roper St. Francis Healthcare Learning Center.

That last call, she felt, was particularly urgent. Lucier wanted to secure a spot for her unborn infant on the day care’s long waiting list.

Lucier works as a cardiovascular ICU nurse for Roper St. Francis Healthcare, the only hospital system around Charleston, South Carolina, that operates a child care center for the children of its employees.

The catch is there isn’t room for everyone. Roper St. Francis employs 5,000 people, and its day care can accommodate only 130 infants and children. More than 100 children typically sit on that waiting list. Lucier’s newborn was 9 months old before an opening became available.

“We were ecstatic,” said Lucier, who also gave birth to twins in 2020. Her children are still enrolled in the Learning Center.

Roper St. Francis Healthcare opened the facility more than 30 years ago to address a perennial human resources problem: recruitment and retention. Today, it remains one of the relatively few hospital systems in the United States to operate a full-time child care center for its employees, though that appears to be changi …