Trolli and Halo team up to deliver XP boosts via candy 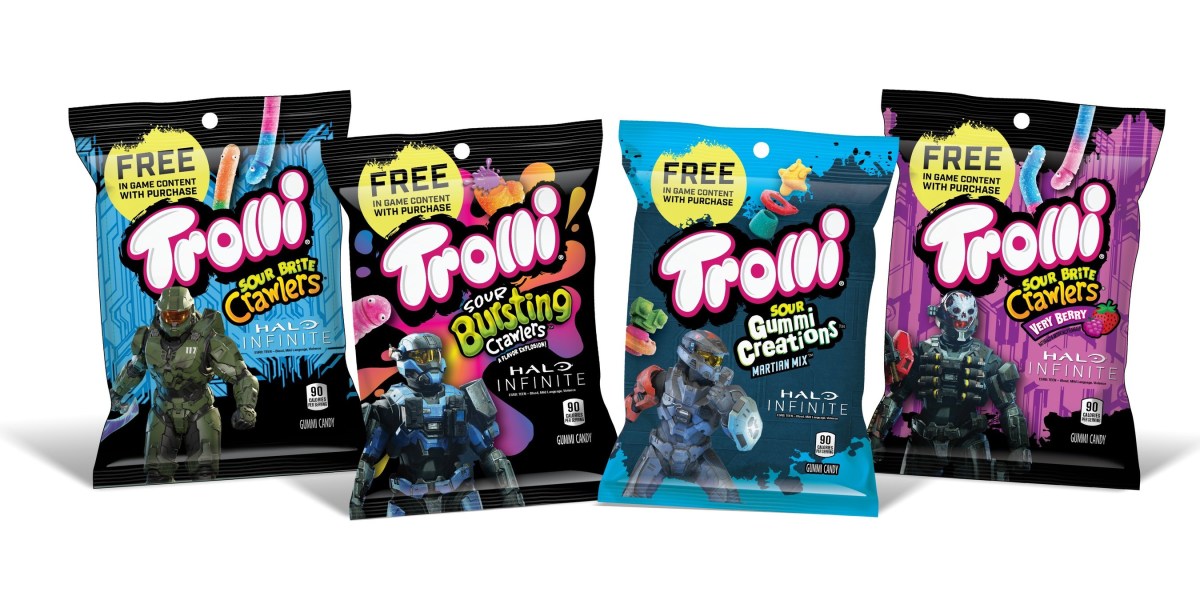 Candy brand Trolli and Halo Infinite are teaming up for a series of collectible bags of candy. Hungry gamers can scoop up one of the four snacks, redeem their receipt, and earn in-game rewards. Redeeming a receipt on the event’s website will land players 2 XP boosts and 3 Challenge Swaps.

In addition to guaranteed rewards, there’s also a contest component to the partnership. Anyone grabbing the redeemables can also enter a sweepstakes to win some pretty serious prizes. There are five bundles up for grabs as part of the event. They contain a custom Trolli Lovesac, Corsair and Elgato PC gear, an Xbox Series S console, a custom, all-new worm-themed Trolli Xbox controller and a whole bunch of the Halo Infinite snacks.

“Almost all gamers snack while playing, and Trolli sour gummies are one of their favorite forms of fuel which is why we’ve been investing in helping fans level up their gaming experience with new offerings over the years,” said Ferrara Candy Company’s Dave Foldes, in an official statement. “We support amateur gamers year-round by sponsoring grassroots tournaments via League Trolli and show up in big, creative ways to help fans celebrate their love for gaming such as last year’s Xbox 20th anniversary partnership and this year’s Halo Infinite in-game content offer. We’re thrilled to add to our legacy by partnering with Halo to create more of the collectable gummi pack series our customer …