Trump Demands To Be Declared President Nearly 2 Years After Election 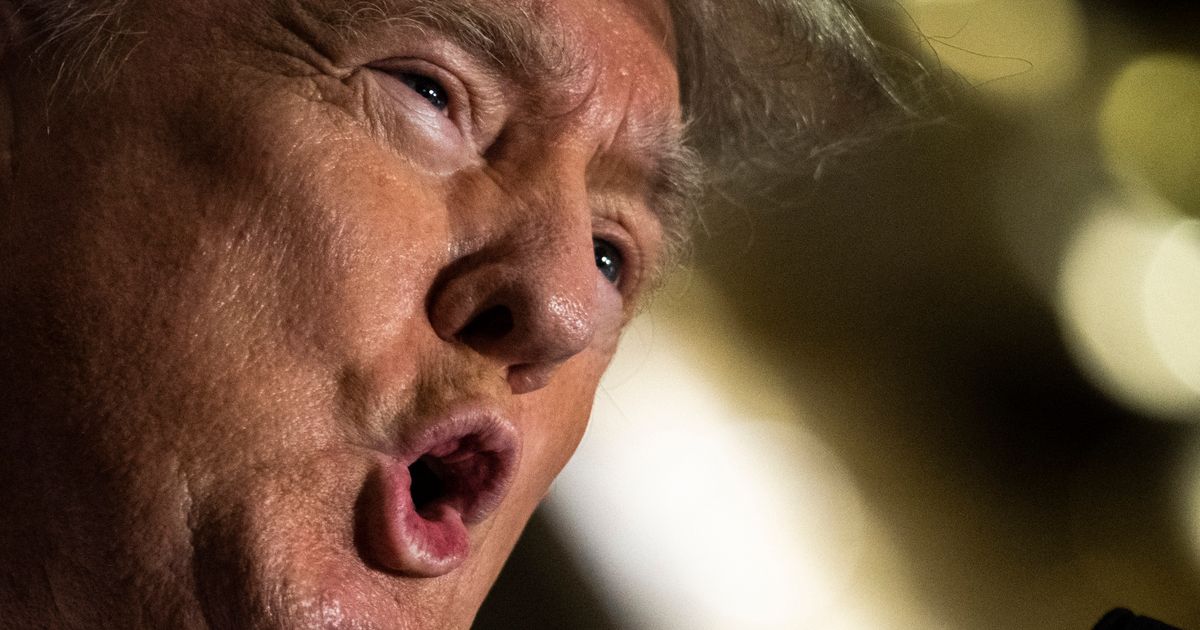 If anyone needed more evidence of Donald Trump’s mind-bending view of reality, on Monday he demanded to be declared president — nearly two years after the election he decisively lost.But he was also open to another option. In a “minimal” alternative “solution,” someone (probably not President Joe Biden) must “immediately” launch a do-over election, he said in a message on Truth Social.Advertisement“Declare the rightful winner or — and this would be the minimal solution —declare the 2020 Election irreparably compromised and have a new Election, immediately!” Trump wrote.Conspiracist podcaster Alex Jones said he was ready to vote for Trump in such an election. When Trump “does something like this, it makes me love him even more,” Jones added.Trump calls for him to be declared the winner of the 2020 election and be reinstalled as president, or for there to be an immediate do-over of the presidential election. pic.twitter.com/2jE643rpB1— Ron Filipkowski 🇺🇦 (@RonFilipkowski) August 29, 2022

Constitutional expert and Harvar Law Professor Lawrence Tribe quipped that if Trump is trying for an “insanity defense” against the various investigations against him, “it won’t work.”AdvertisementTrump continues to use “Hunter Biden’s laptop” as justification for his wild demands to completely upend a legitimate election. The former president has boosted unsubstantiated claims repeatedly accusing Biden and his son Hunter of corruption, after Hunter’s laptop ended in the hands of the FBI.Trump and right-wing media have been flogging revelations last week by Facebook CEO Mark Zuckerberg on the podcast of right-winger Joe Rogan that the FBI had warned the company should be “on high alert” about expected “Russian propaganda” ahead of the 2020 election. When asked if the Department of Justice specifically mentioned Hunter Biden’s laptop, Zuckerberg responded: “No.” But he said that Facebook decided then to limit the newsfeed ranking of Hunter Biden stories by Rupert Murdoch’s New York Post for a few days while fact-checkers determined whether or not they were true. Meta, Facebook’s parent company, pointed out in a statement last week that there was nothing new in the Zuckerberg interview. The “FBI shared general warnings about foreign interference — nothing specific about Hunter Biden,” Meta noted.As we’ve said, nothing about the Hunter Biden laptop story is new. Below is what Mark told Sen. Johnson in Oct 2020 and what Mark told Joe Rogan this week. The FBI shared general warnings about foreign interference – nothing specific about Hunter Biden. https://t.co/pHtzvh6r0r— Meta Newsroom (@MetaNewsroom) August 26, 2022

AdvertisementThe FBI said that while it provided companies with “foreign threat indicators to help them protect their platforms,” it “cannot ask or direct companies to take action on information received.”Fears were raised about Russia during the 2020 election after the DOJ and a bipartisan Senate report determined that the Kremlin interfered in the 2016 presidential election to denigrate Hillary Clinton and support Trump, largely through social media.But Trump is now claiming that the FBI intentionally “buried” Hunter Biden information before the 2020 election to hurt him.In fact, two Republican-led Senate committees just six weeks before the election relea …