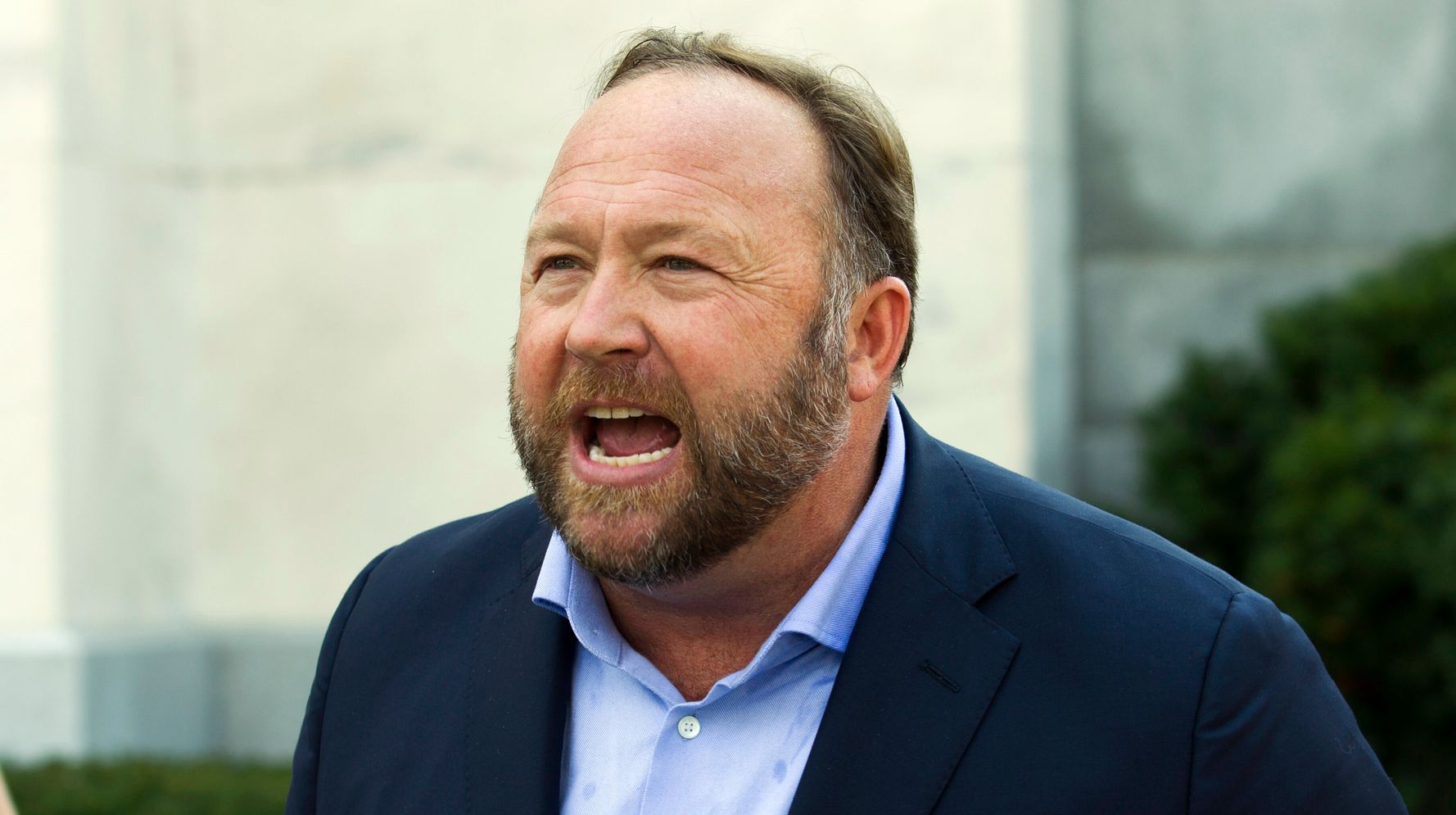 Everything is big in Texas ― even the reactions to the defamation trial of conspiracy theorist Alex Jones.The Infowars host is currently on trial in Austin to determine how much money Jones will have to pay to two Sandy Hook parents he smeared for years, and got caught in a big lie on Wednesday.AdvertisementIt happened during a cross-examination, when the plaintiffs’ attorney Mark Bankston accused Jones of lying to the court when he claimed in a deposition that he had previously turned over all documents related to his discussions of the 2012 school shooting, including text messages, as a part of the discovery process.He hadn’t, but, as Bankston revealed, Jones’ own attorneys ending up accidentally sending over an entire digital copy of Jones’ cellphone, including every text message from the last two years.As a result, Jones conceded to Bankston: “This is your ‘Perry Mason’ moment.”Alex Jones lawyers messed up and accidentally sent to lawyers for Sandy Hook families a full copy of everything on Jones’s phone. This then exposed Jones as hiding evidence he should have turned over. Jones upon learning this: “This is your Perry Mason moment.” pic.twitter.com/GmA64zFFvu— Angelo Carusone (@GoAngelo) August 3, 2022

Naturally, people had a lot to say on Twitter. NBC News’ Ben Collins said it reminded him of a different long-running crime show — “Law & Order.”AdvertisementSeen a lot of Law & Order, haven’t seen a twist as good as “Alex Jones’ lawyers accidentally sent Sandy Hook parents’ lawyers the entire contents of his phone and his long-hidden financials, but they waited 12 days to let him lie” in my life. Just an absolutely wild day.— Ben Collins (@oneunderscore__) August 3, 2022

However, a former writer of the show responded to his tweet, saying that plot device would never fly on the series.Because on Law & Order. we wouldn’t have let a lawyer do something that dumb.— David Slack (@slack2thefuture) August 3, 2022

Still, another journalist, Sarah Burris of Raw Story, couldn’t help but dream …”In the criminal justice system, the people are represented by two separate yet equally important groups. Not all of them are all that intelligent. These are their stories.”— Sarah Burris 🇺🇦 (@SarahBurris) August 3, 2022

Other Twitter users, including comedian Tim Heidecker, admitted they were enjoying watching Jones suffer his comeuppance on the stand.AdvertisementI mean I hate Alex Jones but not as much as Alex Jones’ lawyer hates Alex Jones.— Brian Tyler Cohen (@briantylercohen) August 3, 2022

I don’t care where you lie on the political spectrum. POS Alex Jones calling Sandy Hook a hoax, for years, and then getting his ass handed to him is pure schadenfreude. I can’t imagine anyone ever saying what he said to grieving parents, then profiting by it. And he did. https://t.co/m2GNW4iLdi— Mark Hachman (@markhachman) August 3, 2022

AdvertisementBut others felt the revelation of the text messages would go beyond the trial.I mean…this Alex Jones text message archive seems like it might be, you know, a little bit of a Rosetta Stone into the MAGA demimonde.— Rick Wilson (@TheRickWilson) August 3, 2022

If Alex Jones’ dumb lawyers handing over the phone pulls a thread that gets more convictions about January 6th I will laugh so hard.— Bryant Francis (@RBryant2012) August 3, 2022

One person who seemed very interested in the existence of Jones’ text messages was none other than his ex-wife, Kelly Jones, who had a contemptuous child custody hearing with him in 2017 and once called him “a really unhappy disturbed person.”She said on Twitter that she wants to subpoena the data.Alex Jones’ ex-wife here, and I’m going to subpoena this data! Won a jury, lost my kids for blowing the whistle on infowars. Subpoena request will go out t o d a y.https://t.co/uu90cvQuOl— Kelly Jones (@RealKellyJones) August 3, 2022