Two-Thirds of Americans Disapprove of Ending ‘Roe,’ but It’s Not a Top Voting Issue 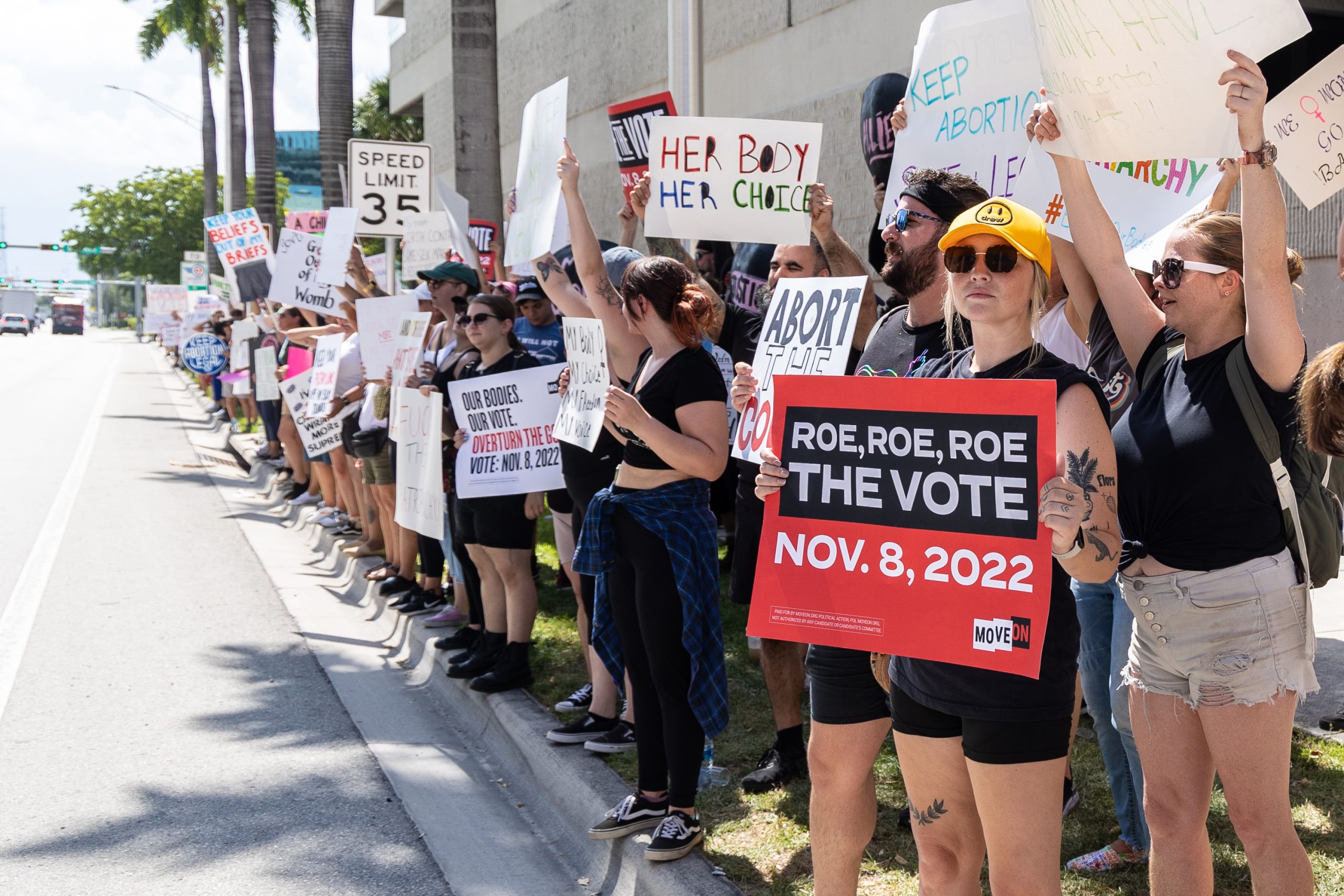 Barely a month after the Supreme Court overturned Roe v. Wade’s federal guarantee of access to abortion, two-thirds of Americans said they disapprove of the court’s decision and 6 in 10 said they want their states to make abortion legal, a new poll finds.

Yet despite that interest, abortion is not top of mind for many voters, the poll released Aug. 2 by KFF found. Three-quarters of registered voters said inflation and gas prices were their top concerns when considering decisions in the upcoming midterm elections. Abortion access was a key priority for 55% of voters, about the same as health care costs and gun violence. That was up from the 46% recorded by a KFF poll in February, after the Supreme Court had heard arguments in the case.

Democrats were much more likely to cite abortion as a top issue in their voting considerations than Republicans or independents. Increased concerns among female voters ages 18 to 49 were also evident in the poll, which found nearly 3 in 4 of them said abortion access was very important in their election considerations, up from 59% in February. Large majorities of Democratic and independent women in that age group said they want their states to guarantee abortion access, as do 4 in 10 Republican women of reproductive age.

The Supreme Court’s decision, however, does not appear to have had the galvanizing effe …