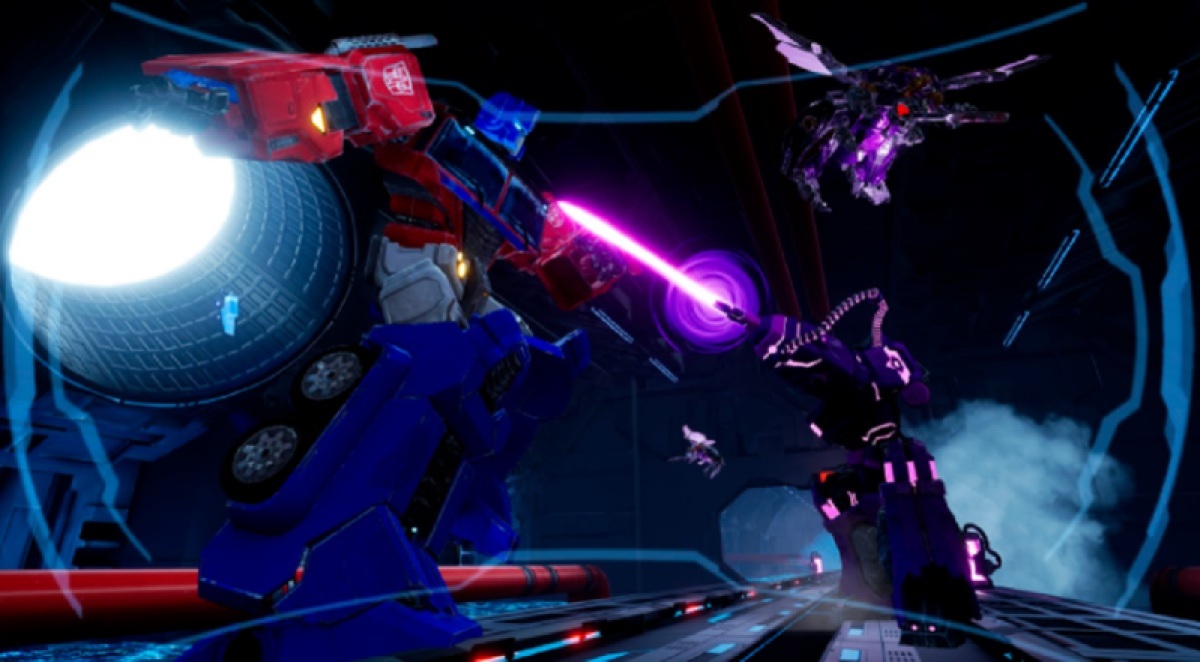 Meta4 Interactive and Hasbro are launching Transformers: Beyond Reality, a new arcade-style virtual reality shooter game on September 1 on the PlayStation VR.

The exclusive PSVR title comes from the Montreal-based Meta4 Interactive studio, which received funding from the Canada Media Fund. It partnered with Hasbro to enable players to step into the giant shape-shifting robots in the universe of Autobots and Decepticons.

The single-player VR game features a full campaign, hours of gameplay and some of the franchise’s favorite Transformers characters including Optimus Prime, Bumblebee, Starscream, Soundwave, and Megatron among others.

In Transformers: Beyond Reality, the Decepticons have discovered Synthetic Dark Energon and plan to use its corrupting power to take over their home planet Cybertron — destroying Earth in the process. Players will join the Autobots as one of the first human recruits, using incredible Cybertronian-based tech in the fight to defeat the Decepticons and save both Earth and Cybertron.

Transformers: Beyond Reality is a single-player VR game.Playstation VR allows players to fully appreciate the immense size of their Cybertronian allies and enemies, and immerse themselves in the exciting and multigenerational appeal of the Transformers universe.

“Transformers is a huge part of many people’s childhoods and we couldn’t be more excited to bring this pulse-pounding VR title to fans and introduce new players to this thrilling world”, said Alfredo Chaves, executive producer at Meta4 Interactive, in a statement. “Plus, the VR element means the player is a real part of the action for the first time in a Transformers game. The sense of scale is especially formidable and we know long-time fans will be particularly excited about it.”

Transformers: Beyond Reality is Meta4’s third Transformers VR title.Founded in 2010 as Minority Media — now Meta4 Interactive — is an international game studio known for its innovative VR games for home and location-based entertainment (LBE) venues. The studio has developed home titles including the celebrated Papo & Yo (2013), Loco Motors (2014) and Time Machine VR (2016).

Since 2017, the company has also pioneered small-footprint multiplayer VR arenas, which have been installed by entertainment venue operators around the world, including at family entertainment centers across the United States, Canada, Australia, and the Middle East.

The Meta4 team has 16 people with mix of seas …