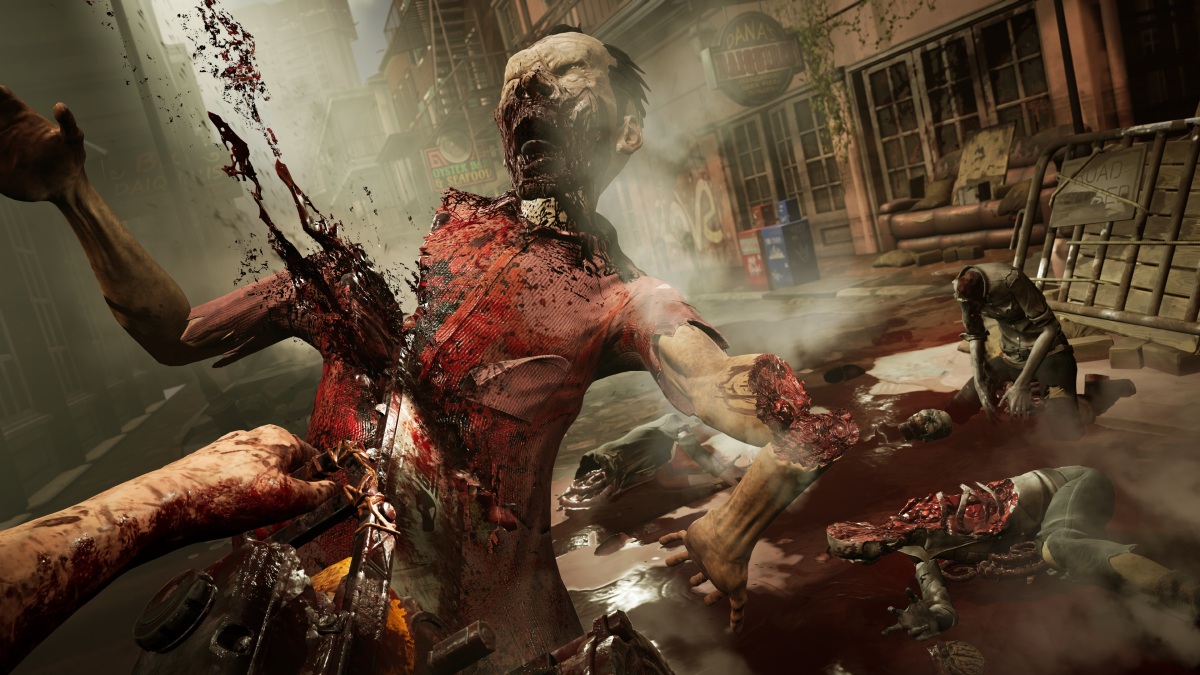 Following up on the success of VR title The Walking Dead: Saints & Sinners, Chapter 2: Retribution is bringing some new toys to players. While viewing a hands-off preview of the game, I saw some of the new changes in action, including the addition of that most important of zombie/Walker-killing tools: The chainsaw.

Chapter 2 is a direct sequel to the original game, taking place in New Orleans — more specifically, the French Quarter. In addition to the aforementioned implement, players also get to use a sawed-off shotgun and a submachine gun. Does it matter that the chainsaw is, in practice, an impractical weapon at best? Not in the slightest. While I wasn’t able to try it out myself, I was given to understand the chainsaw would give the player haptic feedback on use — possibly even getting stuck in the Walkers.

The new game also gives players the option to pursue missions at night, despite the dangers, using flares and UV lights. It also introduces boss characters to fight, as well as expanded crafting and new NPCs with whom to interact.

As far as VR titles go, the new chapter looks like a fun addition to the roster, though it might not be enough to offset Meta’s price hike to the Quest 2, for which it launches later this year. It will be more interesting to see it on the new PS VR2, which launches early next year.
GamesBeat’s creed when cov …