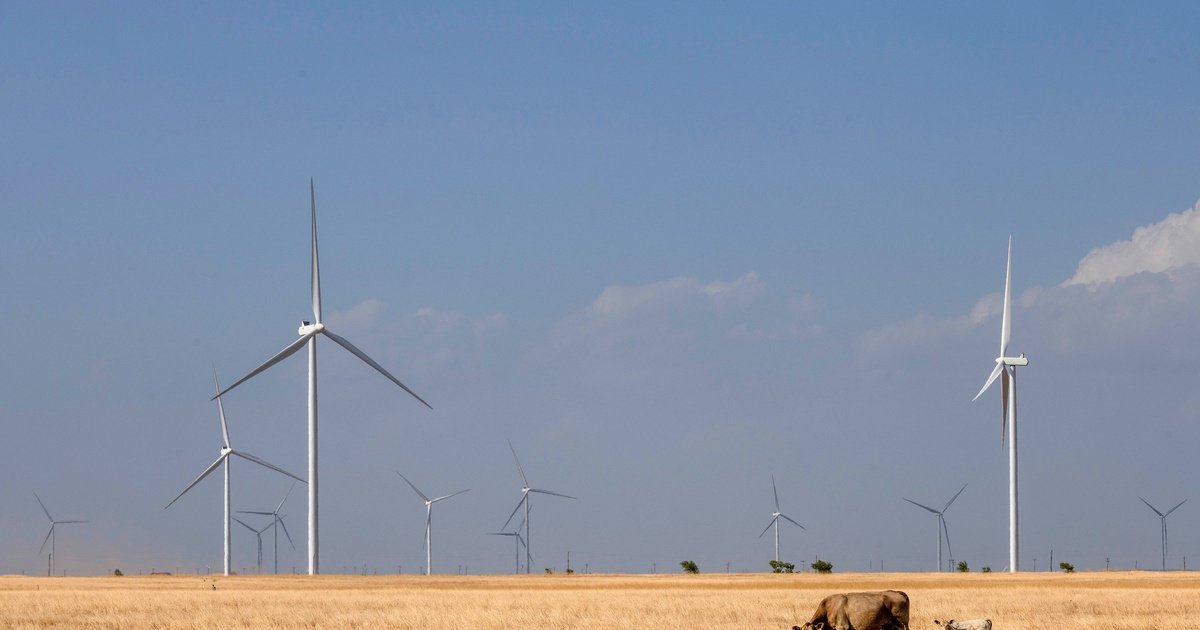 Sign up for a weekly newsletter on the latest stories about energy and the environment.

LUBBOCK — The state’s High Plains region, which covers 41 counties in the Texas Panhandle and West Texas, is home to more than 11,000 wind turbines — the most in any area of the state.

The region could generate enough wind energy to power at least 9 million homes. Experts say the additional energy could help provide much-needed stability to the electric grid during high energy-demand summers like this one, and even lower the power bills of Texans in other parts of the state.

“We’re at a moment when wind is at its peak production profile, but we see a lot of wind energy being curtailed or congested and not able to flow through to some of the higher-population areas,” said John Hensley, vice president for research and analytics at the American Clean Power Association. “Which is a loss for ratepayers and a loss for those energy consumers that now have to either face conserving energy or paying more for the energy they do use because they don’t have access to that lower-cost wind resource.”

And when the rest of the state is asked to conserve energy to help stabilize the grid, the High Plains has to turn off turbines to limit wind pr …