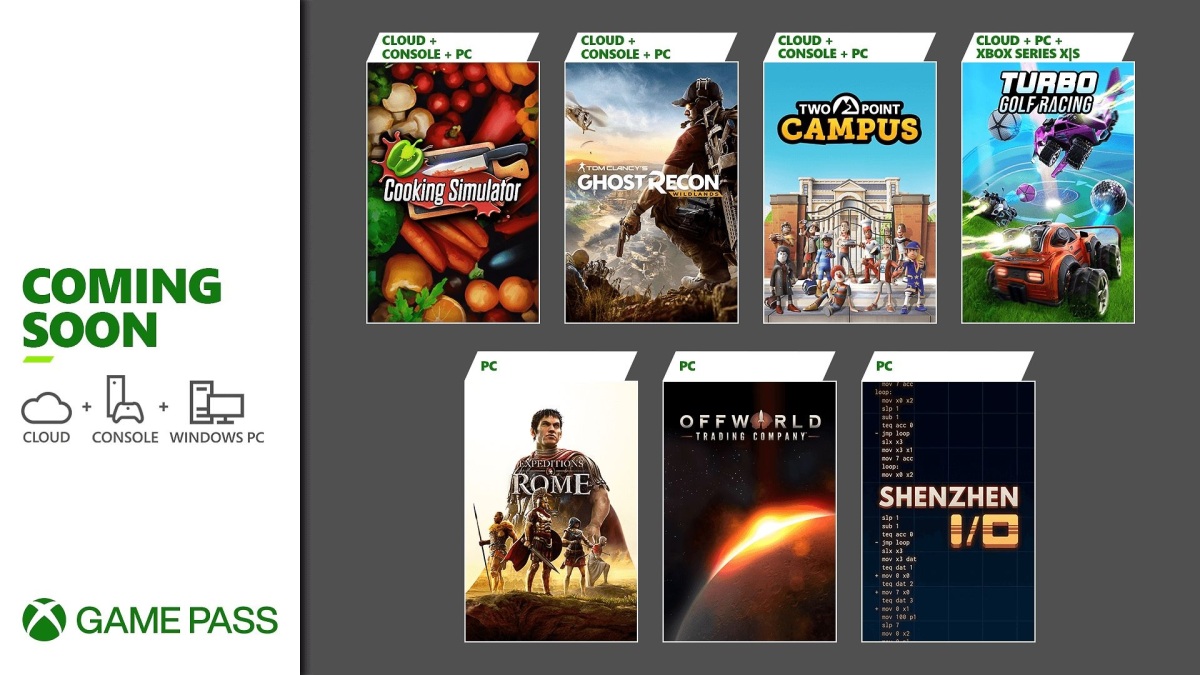 Ghost Recon Wildlands is the first title, being available today. It’s followed on August 4 by puzzle game Shenzhen I/O. The rest of the releases (non-day one, that is) launch on August 11. These are turn-based RPG Expeditions: Rome, RTS Offworld Trading Company, and Cooking Simulator (which is pretty self-explanatory).

The sacrificial games leaving the service for this wave are Boyfriend Dungeon, Curse of the Dead Gods, Library of Ruina, Starmancer and Train Sim World 2. All leave the service on August 15. Xbox also recently announced its Games with Gold for August. As of the first, subscribers can download Calico and Saints Row 2. On August 16, they can claim ScourgeBringer and Monaco: What’s Yours is Mine.
GamesBeat’s creed when covering the game industry is “where passion meets business.” What does this mean? We want to tell you how the news matters to you — not just as a decision-maker at a game studio, but also as a fan of games. Whether you read our articles …