2,000 guests are due to attend Queen Elizabeth’s funeral at Westminster Abbey 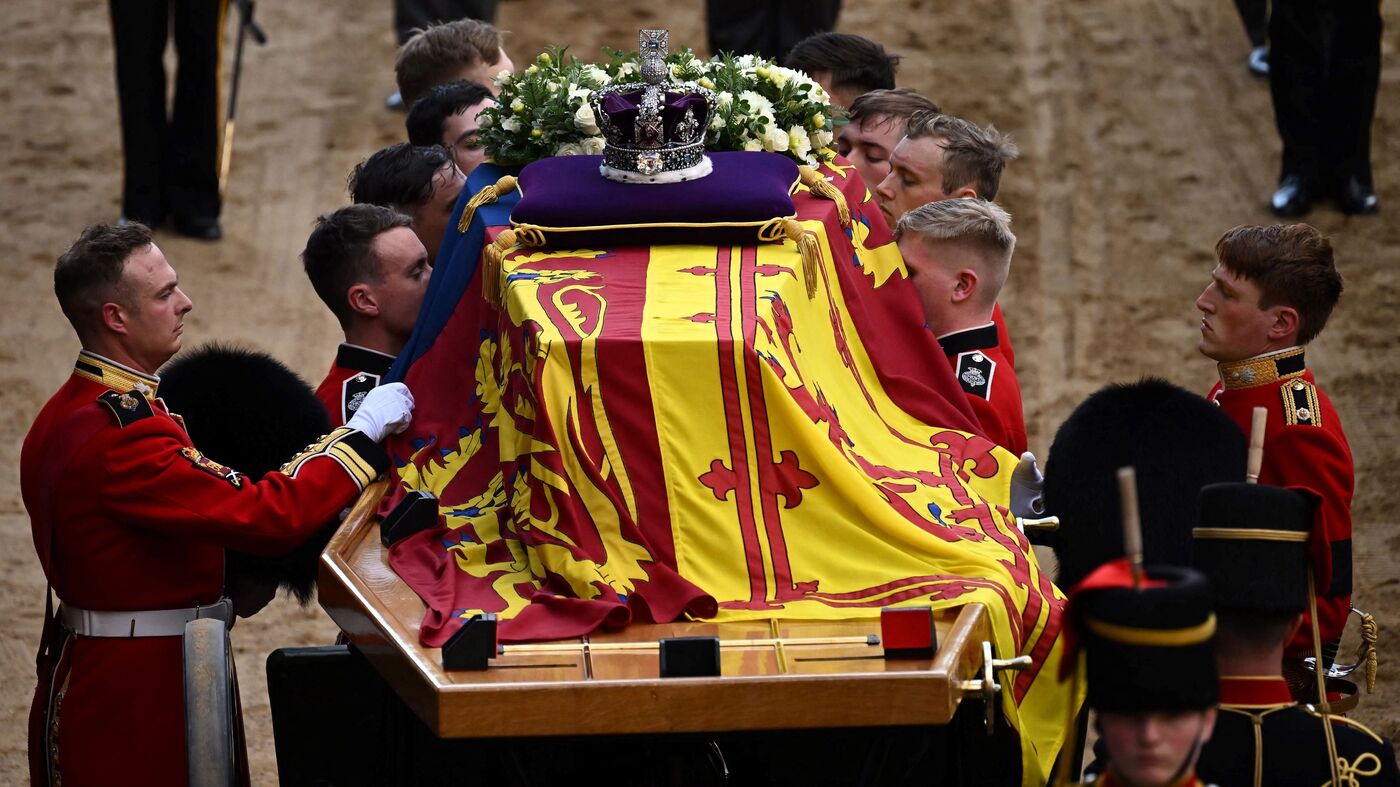 Pallbearers from the Queen’s Company, 1st Battalion Grenadier Guards, prepare to carry the coffin of Queen Elizabeth II into Westminster Hall at the Palace of Westminster in London on Wednesday to lie in state following a procession from Buckingham Palace. Elizabeth’s funeral is Monday.

LONDON — World leaders including President Biden and the prime ministers of Canada, Ireland, Australia and New Zealand will join members of Britain’s royal family at the funeral of the late Queen Elizabeth II Monday morning, held inside Westminster Abbey, where she was both married and later crowned as monarch more than 70 years ago. The service will also be attended by senior religious figures, British prime ministers past and present, and several other European mo …