A Tesla burst into flames during a crash test. The organizer admitted it was staged 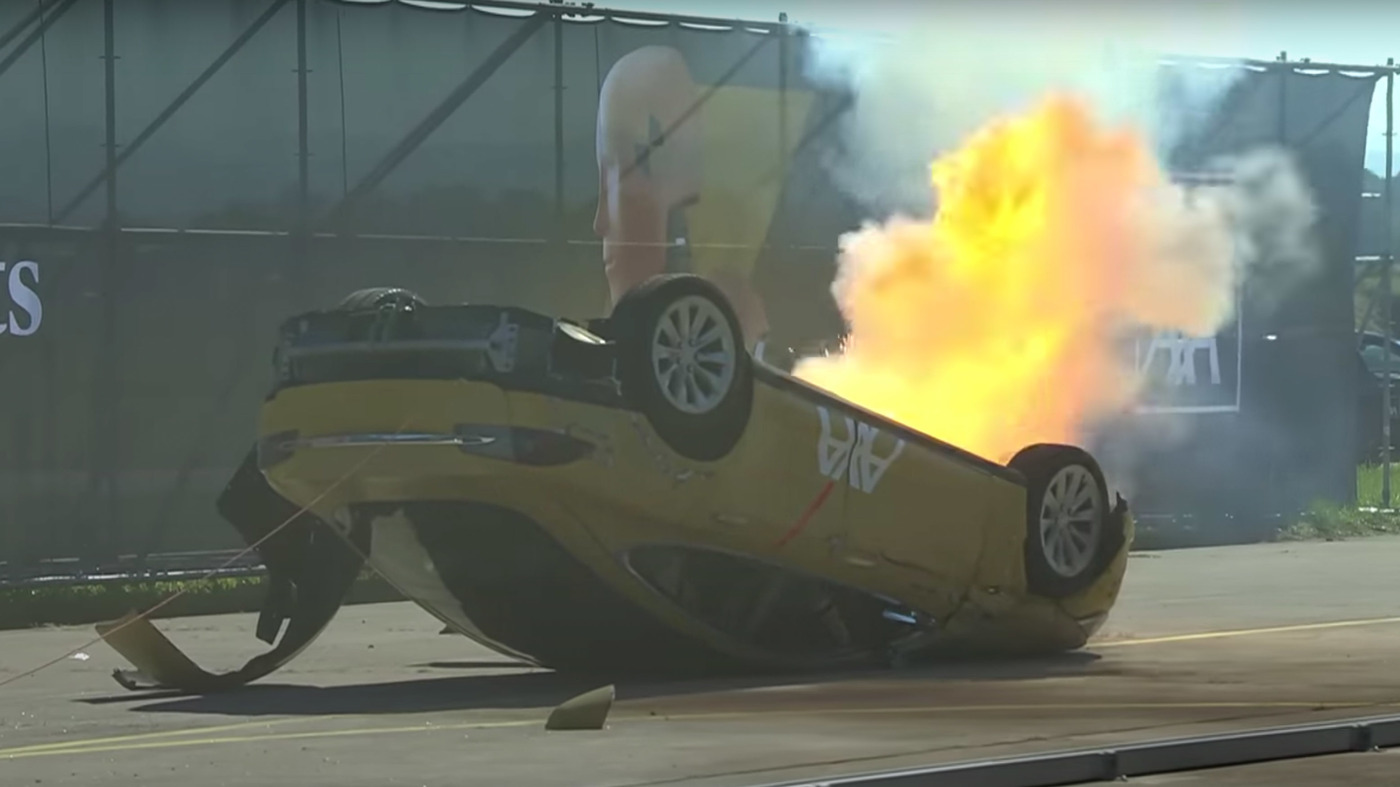 The insurance firm Axa said it regretted that its crash test of a Tesla, in which the front half of the car burst into blames, caused confusion, and the company admitted that electric vehicles don’t catch fire any more often than combustion-engine automobiles.

A global insurance company is taking heat for staging a battery fire during a crash test of a Tesla sedan. The insurance firm Axa was claiming to demonstrate how electric cars can quickly erupt into a dangerous blaze after an accident. But it wasn’t the Tesla’s battery that caught fire. In fact, Axa had removed the vehicle’s battery ahead of the late August demo, the Paris-based company later said. A video of the crash test posted by the Swiss Auto Trade Association shows a yellow Tesla hurtle toward an obstacle and then flip over, landing upside down on its roof. Moments later, a pop erupts from the engine and the front half of the car bursts into flames as the crowd in attendance claps. On Thursday, Axa Switzerland said in a statement that it regretted the crash test gave a “false impression” and created “confusion.” The company said it had to take steps to protect spectators during the demonstration of a battery-powered car going up in flames. The car’s battery was removed and the fire was put out “under controlled conditions,” the firm said.

“In addition, the Crash Test with a Tesla vehicle did not cause the type of damage to the undercarriage that would be likely to spark a battery fire as the images would appear to suggest,” Axa added. The company admitted in a statement to the German website 24auto.de that it used pyrotechnics to ignite the fire. Axa, which conducts crash tests to raise issues of road safety, said its own data shows that electric vehicles don’t catch fire at a higher rate than combustion-engine automobiles. Axa Switzerland’s statement also noted its support for the electric car industry: “We firmly believe that e-vehicles will play a key role in the automotive future. This is why we see it as important to take an in-depth look at electromobility and its safety.” Experts estimate that electric cars may actually catch fire less often than their gasoline-fueled peers, but the fierce blazes can be harder to put out. Still, there is a risk that electric vehicle batteries can ignite, and several automakers have issued recalls in recent years over concerns that their batteries could catch fire.
…