A Uyghur seeks just a place to sleep in ‘The Backstreets’ 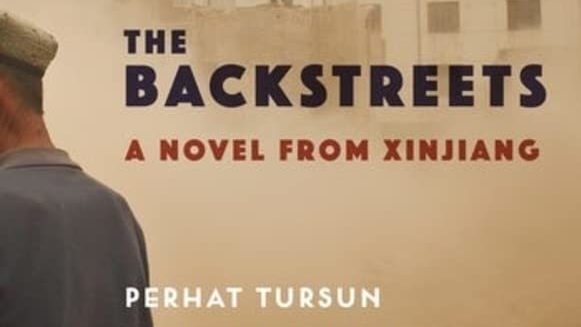 Years of dogged investigation and brave whistleblowers have yielded incontrovertible evidence of one of the worst human rights abuses of our time: the extralegal detention and imprisonment of at least hundreds of thousands of ethnic Uyghurs in China’s western region of Xinjiang since 2017. Much of this evidence is online, so anyone with a computer has immediate and detailed access to this work. The curious can peruse databases of stark satellite imagery of the many detention camps and prisons that have sprouted up across the region; view the heartbreaking headshots of those arbitrarily detained; or pore through the bureaucratic inanity of detention case files. None of these massive reams of information, however, gives insight into the experience of what it must have been like to live through the slow buildup of decades of discrimination and cultural control that Uyghurs and other ethnic minorities underwent before China’s latest crackdown in Xinjiang. Especially hard hit during each of China’s “strike hard” policing in Xinjiang were young Uyghur men, and during the most draconian years of the detention campaign, they were conspicuously absent from Xinjiang’s streets. An amalgamation of the experiences of these young Uyghur men is the primary subject of The Backstreets, a short novel by acclaimed Uyghur writer Perhat Tursun and now translated into English by anthropologist Darren Byler and an anonymous partner.

The novel is told through the eyes of an unnamed Uyghur man who has been given a mildly coveted government job in the regional capital of Urumqi. The only problem is he has not been allotted housing, and his aimless and increasingly haphazard wanderings around Urumqi’s misty backstreets in search of a place to sleep bring him into a string of bizarre encounters with his fellow Uyghur and Han Chinese (China’s ethnic majority) citizens alike, punctuated by vivid flashbacks to his childhood with an alcoholic father. He mills around, astonished that such a sprawling city has no room for just a bed for him. “Just like the rat was skittering around the trash, I was always skittering around the city,” he observes. This dehumanization contains the roots of China’s crackdown on the Uyghurs, whose supposedly extremist tendencies must be “eradicated” like a virus and those deemed dangerous “become like rats scurrying across the street.” The narrator futilely asks for directions, but bystanders assume he is there to rob or assault them. One woman sees him approach through her apartment door, screams and runs away. In the office, he is treated with outright contempt by co-workers and is expected to perform his model minority identity by donating much of his small salary to charitable causes. In an American context, Tursun’s descriptions of systemic racism might be easy to relate to, in part, by some.
One of the most chilling characters in Tursun’s novel is the narrator’s smiling Han Chinese manager, whose shining, pale face never loses its mask of politeness even as he denies the narrator the lodging non-Uyghurs would have received, or belittles his Mandarin Chinese. His visage is a potent symbol of the Chinese state’s paternalistic attitude toward its Muslim ethnic minorities. But worse than outright hostility is the indifference the city has for the narrator’s existence. Loneliness and alienation are the themes that prevail throughout the book, and Tursun’s inspiration from absurdist and existentialist writers like Albert Camus is apparent. “I don’t know anyone in this strange city, so it’s impossible for me to be friends or enemies with anyone,” he repeats throughout the novel. His is a precarious existence Urumqi’s many Uyghur migrant workers would have faced as well, especially after …