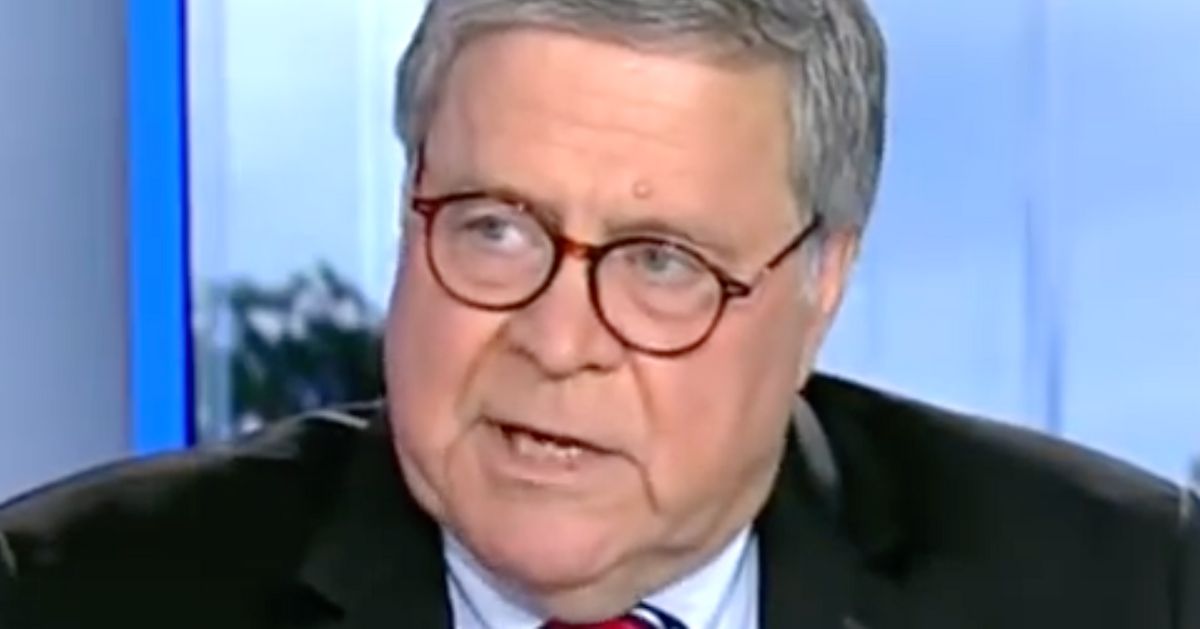 Donald Trump’s former Attorney General Bill Barr doesn’t think the former president’s kids should have been included in the lawsuit filed Wednesday by New York Attorney General Letitia James.But his rationale, as he explained it to Fox News on Wednesday, was an oddly patronizing defense that was an insult to Donald Trump Jr., 44, Ivanka Trump, 40, and Eric Trump, 38.AdvertisementJames’ suit accuses Donald Trump and his family of engaging in real estate business practices that routinely undervalued and overvalued assets to avoid paying taxes.But even though the Trumps’ business practices have been under investigation for years, Barr told Fox News that the charges were a “political hit job” that was without merit.Barr said he wasn’t sure that James had a good case against Trump, but said the fact she tried to “drag the children into this” was a gross overreach on her part.Although Barr was referring to three middle-aged executives in the Trump company, the former AG suggested none of them had the smarts to understand things like contracts or real estate documents.Advertisement“The children aren’t going to know the details of that, nor are they expected in the real world to do their own due diligence and have it reviewed independently,” Barr said.Bill Barr tells Fox that NYAG Letitia James “grossly overreaches when she tries to drag the children into this” because Eric, Don Jr., and Ivanka, are not “expected in the real world to due their own due diligence.” pic.twitter.com/dIyFhe9XrO— nikki mccann ramírez (@NikkiMcR) September 21, 2022

Barr continued to defend insult Donald Trump Jr., Ivanka Trump and Eric Trump by likening their involvement in the former president’s business dealings to a billionaire’s version of buying your child a car.Barr compares the Trump children’s (who all have held positions in his company) level of involvement in Trump’s business dealings to that of a parent buying their kid a car. pic.twitter.com/zVLEynVHLe— nikki mccann ramírez (@NikkiMcR) September 21, 2022

Twitter users had a field day mocking Barr’s impression of “Simpsons” character Helen Lovejoy.AdvertisementThese “children” were senior executives who ran the company. Eric, for example, is 38 years old and took the Fifth over 500 times in his deposition in this matter. https://t.co/3vdABJn7LK— Renato Mariotti (@renato_mariotti) September 21, 2022

AdvertisementYes, why would we expect “children” in their thirties to think before they sign their names to loans, tax returns, deeds, partnerships. Barr’s infantilizing of rich kids is… rich. https://t.co/V1EchKrLSm— Warren Leight (@warrenleightTV) September 22, 2022

The irony here is that #Trump and his mutant offspring always claim to be the ‘biggest, best, smartest, savviest, most successful’ business people ever…except when the criminal shit hits the fan and then it’s ‘we’re stupid, we didn’t know!’ https://t.co/iMGy9OrM21— Andy Ostroy (@AndyOstroy) September 21, 2022

A few people noted that Barr had a different definition of “childhood” when dealing with non-billionaire offspring.Barr favored “tough” sentences such as boot camps, for first-time nonviolent youth offenders. For others, Barr advocated that any juvenile age 14 or older to be tried as an adult, saying “some youthful offenders are simply criminals who happen to be young” https://t.co/DQeGE3GxCO https://t.co/BqIpJuE4wb— Kevin Ashton 🏳️‍⚧️ (@Kevin_Ashton) September 21, 2022

AdvertisementLawyer and Stanford University lecturer Dave Johnson noted that for all of Barr’s insistence that the Trump kids are defenseless babies, the law still required James to sue them as well as their father and other company executives.N.Y. Bus. Corp. Law §715(h): “An officer shall perform his duties as an officer in good faith and with that degree of care which an ordinarily prudent person in a like position would use under similar circumstances.”Barr is indisputably and intentionally lying to the public. https://t.co/tEhv6bQn2K— Dave Johnson (@Johnson_DavidW) September 21, 2022