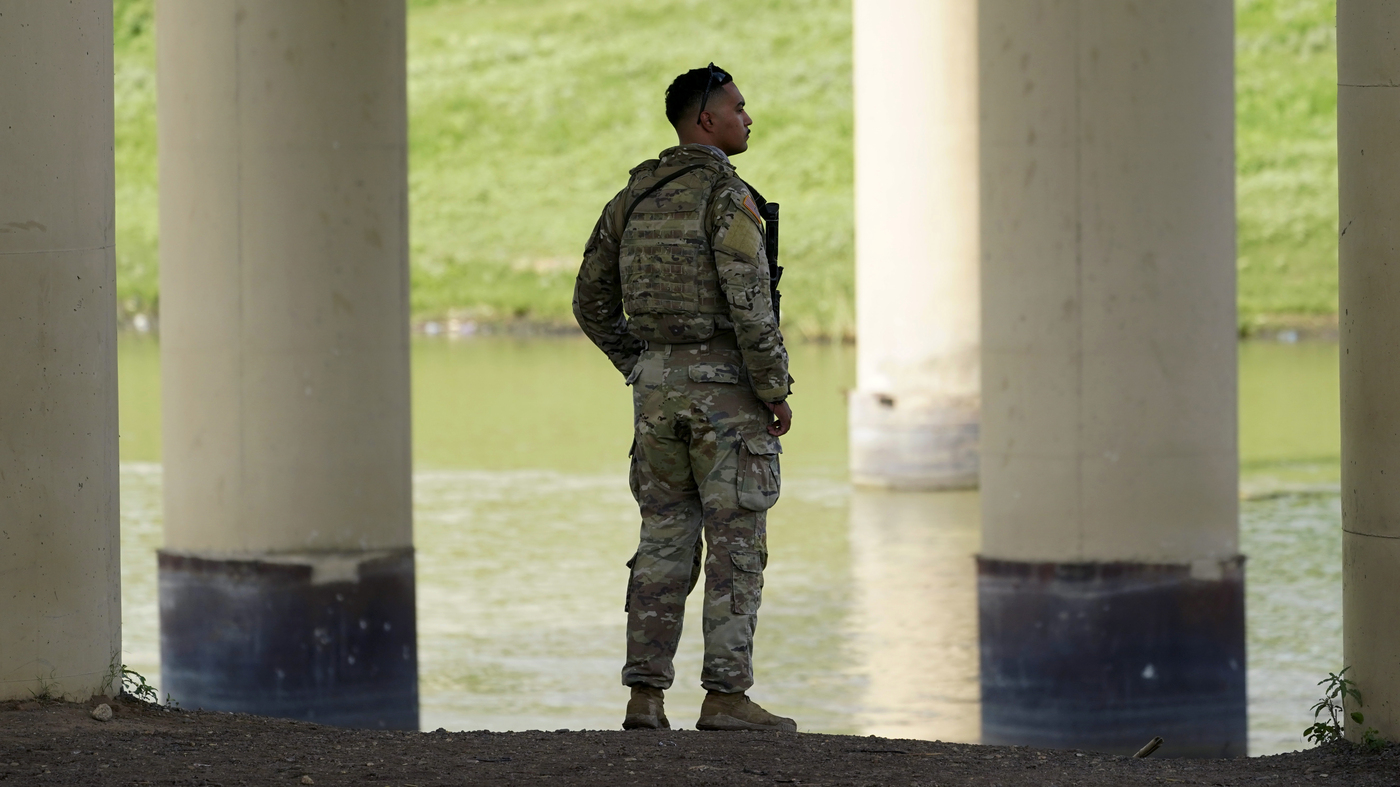 A member of the Texas National Guard looks across the Rio Grande to Mexico from the U.S. at Eagle Pass, Texas, on Aug. 26.

At least eight migrants were found dead in the Rio Grande after dozens attempted a hazardous crossing near Eagle Pass, Texas, officials said Friday. U.S. Customs and Border Protection and Mexican officials made the discovery Thursday while responding to a large group of people crossing the river following days of heavy rains that had resulted in particularly swift currents. U.S. officials recovered six bodies, while Mexican teams recovered two others, according to a CBP statement. The agency said U.S. crews rescued 37 others from the river and detained 16 more, while Mexican officials took 39 migrants into custody. Officials on both sides of the border continue searching for any possible victims, the CBP said.

CPB did not say what country or countries the migrants were from and did not provide any additional information on the rescue or search. Local agencies in Texas that were involved did not immediately respond to requests for additional information. The Border Patrol’s Del Rio sector, which includes Eagle Pass, is fast becoming the busiest corridor for illegal crossings. Agents stopped migrants nearly 50,000 times in the sector in July, with Rio Grande Valley a distant second at about 35,000. The area draws migrants from dozens of countries, many of them in families with young children. About 6 of 10 stops in the Del Rio sector in July were migrants from Venezuela, Cuba or Nicaragua.

The sector, which extends 245 miles (395 kilometers) along the Río Grande, has been especially dangerous because river currents can be deceptively fast and change quickly. Crossing the river can be challenging even for strong swimmers. In a news release last month, CPB said it had discovered bodies of more than 200 dead migrants in the sector from October through July. Surveys by the U.N. International Organization for Migration and others point to rising fatalities as the number of crossing attempts have soared. In the last three decades, thousands have died attempting to enter the United States from Mexico, often from dehydration or drowning. In June, 53 migrants were found dead or dying in a tractor-trailer on a back road in San Antonio in the deadliest tragedy to claim the lives of migrants smuggled across the border from Mexico.
…