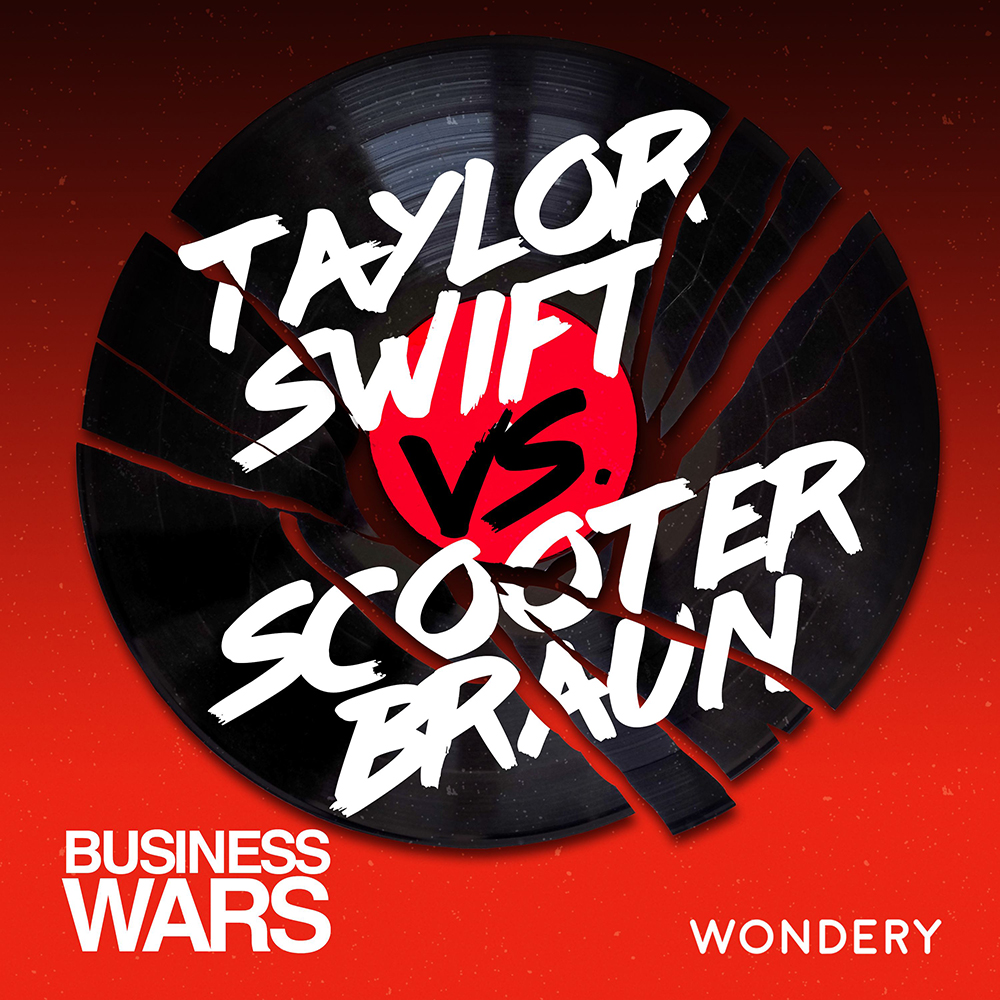 After examining the dynamics of competing businesses like Netflix and Blockbuster, Coca Cola and Pepsi and Facebook and Snapchat, superstar Taylor Swift’s well-publicized rivalry with music mogul Scooter Braun over ownership of master recordings of her music is the subject of the latest season of “Business Wars,” a podcast hosted by David Brown on Wondery.

“Business Wars: Taylor Swift vs. Scooter Braun” debuted three episodes at midnight ET (Sept. 7) on Amazon’s Wondery+ with the titles “On the Outside” (available on all podcast platforms), “Bad Blood” and “Revenge of the Swifties.” The wide release of the second episode arrives on Sept. 14, concluding with episode three a week later. An episode of bonus material is also in the works.

Reads a plot summary of the season: “Pop icon Taylor Swift has amassed some of the most devoted fans in the music industry. And those fans become a crucial weapon when Taylor decides to take on a very powerful, very famous manager — Scooter Braun. In the latest season of Wondery’s podcast series, ‘Business Wars,’ one artist’s quest to own her master tracks becomes an expensive, painful battle with the power to reshape the music business.”

In 2019, Braun’s Ithaca Holdings acquired Big Machine, Swift’s record label which released her first six albums. Swift maintained that Braun then sold the rights to those records without giving her the opportunity to purchase them. She has since re-recorded two of those albums, “Fearless” and “Red,” both released in 2021.

“Business Wars” is the 2019 winner of The Webby Awards in the “General Podcasts — Business” category. In 2020, it won an iHeartRadio award for best business and finance podcast.