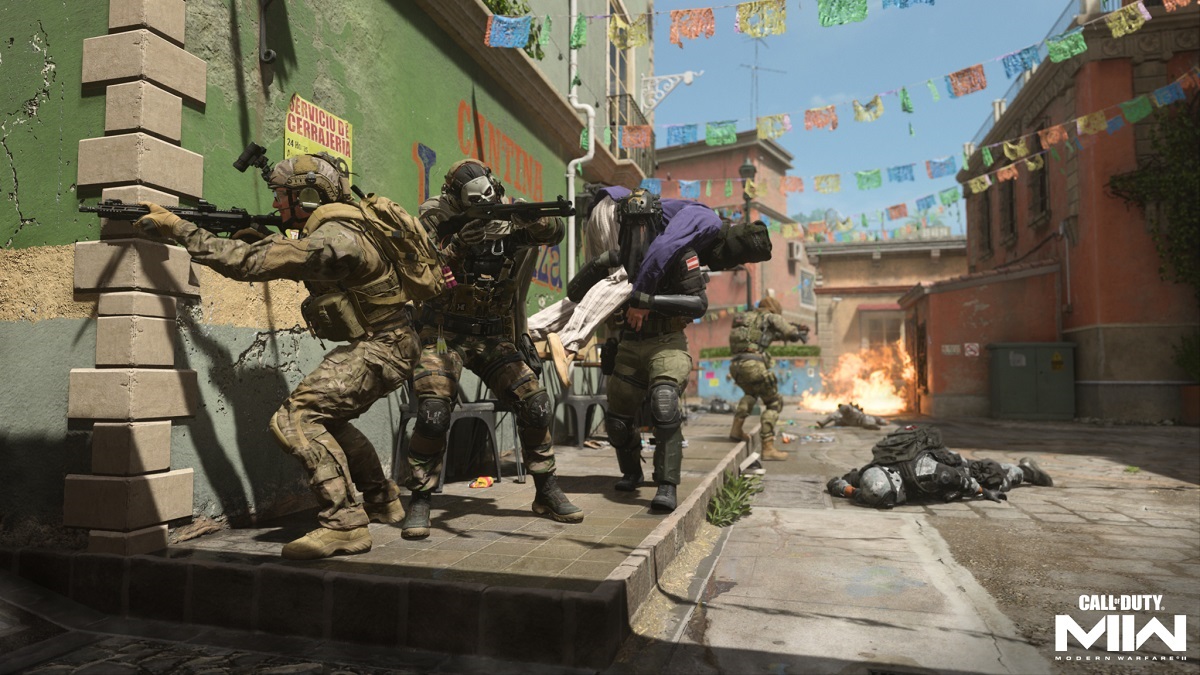 Activision is taking the wraps off of Call of Duty: Modern Warfare II multiplayer today, a day ahead of a massive beta test on Sony’s PlayStation platforms.

I’ve had a chance to play multiplayer on the Valderas Museum is set in Spain. It’s a two-story building with very clean sightlines, easy-to-read thoroughfares, and modern architecture. There are some shortcuts where you can camp and watch enemies round a corner from above.

While Infinity Ward, Beenox, and Raven are leading development, there are a total of seven Activision studios that are working on the game.

Fighting in big 32v32 battles will be part of MWII multiplayer.And you can deploy a decoy soldier who rapidly inflates and draws the fire of other players. When they shoot it, it slowly deflates and hopefully they will groan as they realize you’re now shooting at them.

That means you’ll see better visuals on all of them and better mobility for your soldiers. Modern Warfare II …