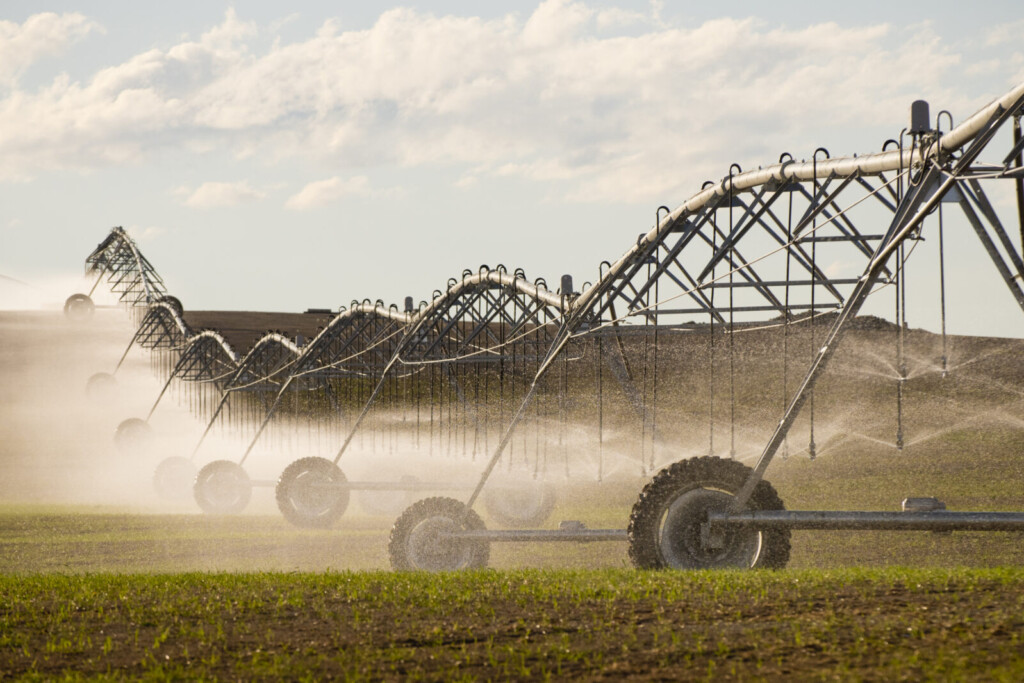 Pivot irrigation system spraying water on crops growing in wheat field. Photo by Stephen Simpson/DigitalVision via Getty Images.
As lawmakers begin envisioning the next farm bill, some U.S. House Republicans are wary of making climate change a priority for farmers and ranchers.
The pushback from Republicans at a hearing this week came as the Biden administration has tried to make significant new investments in climate change mitigation on farmland, last week announcing 70 pilot projects to support climate-friendly food production. The debate could have a profound impact on efforts to clean up the Chesapeake Bay, which have been hampered by agricultural runoff.
Lawmakers must rewrite the sweeping farm bill every five years to set policy and funding for agriculture, conservation and nutrition programs. The next farm bill is due in 2023, and some environmental groups are eyeing it as a potential boon for fighting climate change.
It’s also unclear which party will control the U.S. House and Senate following November’s midterm elections.
The farm bill includes massive funding for conservation programs — the previous legislation budgeted nearly $30 billion over five years.
More than 140 million acres of farmland in the U.S. are currently receiving conservation-related financial and technical assistance from the federal government, according to an analysis from the Farm Bureau. By comparison, the national park system has more than 85 million acres, according to the National Park Service.
The farmland conservation programs have received bipartisan support in the past, but some Republicans expressed concern about a gr …