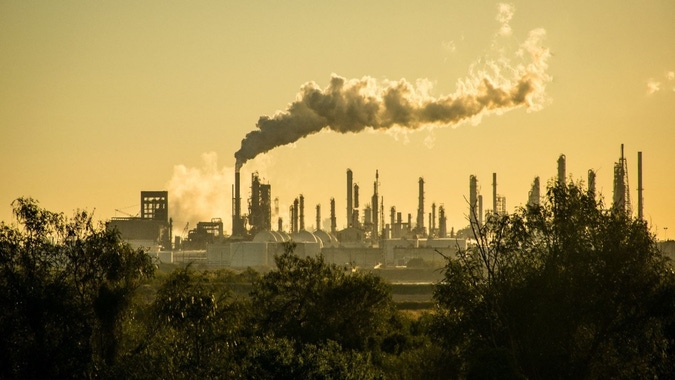 Opinions expressed by Entrepreneur contributors are their own.

“There are few things more terrifying than the devastation that climate change brings,” said Sir James Bevan, the Chief Executive of the Environment Agency, while speaking at the recent Flood and Coast conference. “It has the potential to destroy our economy, our species, and our planet. And it’s happening at a faster rate than we feared.”

Shutterstock
A smokestack above an oil refinery in Corpus Christi Texas

Sir James’s sense of alarm is echoed by a recent report from the Intergovernmental Panel on Climate Change (IPCC), which sheds light on the continued rise in net total anthropogenic greenhouse gases. While emissions dropped by an estimated 6% in 2020 due to the global Covid-19 pandemic, the continued growth of GDP per capita and global population levels has meant that fossil fuel combustion has now risen once more to match 2019’s record-breaking output.These developments and more have meant that human activities have caused approximately 1 ͦ Celsius of global warming since the onset of the industrial revolution. Experts predict this figure will reach 1.5 ͦ Celsius between 2030 and 2050 if we continue to ignore the issue.Despite the valiant efforts of scientists to draw attention to the climate crisis, the response has been slow and often lackluster. While governments have intensified pledges to counteract the effects of global warming, the amount of carbon dioxide in the atmosphere continues to rise, with the planet now heating up to alarming levels.The UK is one of many countries which, according to the Climate Change Committee, is not on track to meet its 2050 net zero target. Policy gaps in areas such as energy efficiency have thrown progress off course. For example, in April 2022, the government published its Energy Security Strategy, which outlined its pledge to issue new oil and gas licenses in the North Sea despite the fact tha …