Dr. Oz Said Uninsured Americans Have No ‘Right To Health’ In Resurfaced Clip 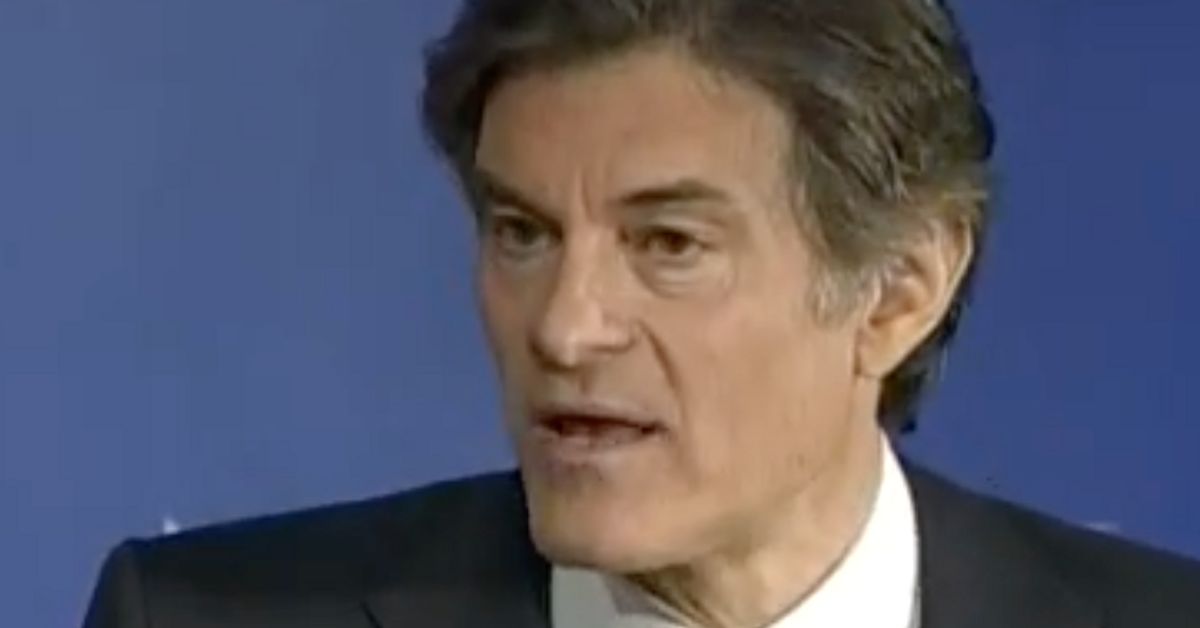 TV doctor-turned-Senate candidate Mehmet Oz once said uninsured Americans don’t have a “right to health,” according to a recently resurfaced video from 2013.Oz, now the Republican nominee for Senate in Pennsylvania, was speaking at the National Governors Association on the topic of “personal and governmental responsibility” when he explained his apparent belief that “health” is only a right for those who can afford insurance.AdvertisementOz was attempting to pitch governors on a concept where local health providers would host inexpensive 15-minute screenings “in a festival-like setting” for people who did not have insurance.Although Oz said the idea was to give uninsured Americans “a way of crawling back out of the abyss, of darkness, of fear over not having the health they need, and give them an opportunity,” he added that he thought there was a limit to how much care they deserved.“They don’t have a right to health, but they have a right to access, to get that health,” Oz told the governors.Dr. Oz said the uninsured “don’t have the right to health,” but should be given “a way of crawling back out of the abyss” with “15-minute physicals” provided by the government “in a festival like setting.” pic.twitter.com/YMyhpZfEFI— PatriotTakes 🇺🇸 (@patriottakes) September 7, 2022

AdvertisementThe Independent was confused by Oz’s comments, noting that “it’s unclear how” he reconciles saying Americans don’t have a “right to health” with the notion that they do have a right to “access” health care.The newspaper also wondered how an uninsured person would benefit from those 15-minute physicals.“If a doctor were to find a person had an ailment, it would still leave the individual without options — other than taking on massive medical debt — for seeking treatment, and with the burden of knowing they’re sick,” the paper’s Graig Graziosi wrote.Adding to the confusion, Oz at the time had been publicly supporting health insurance mandates and promoting Obamacare, according to CNN.The Oz campaign did not immediately respond to HuffPost’s request for comment.However, many Twitter users had a “healthy” amount of contempt for his 2013 statement.Apparently in Oz’s America (read, MAGA America), people don’t have the right to health. Some first world country we’ve got here. https://t.co/DBYnCnmCzZ— Nate Blouin (@NateForUtah) September 7, 2022

AdvertisementSounds fascist to me. The government puts on a show to look good while caring not at all about the people, who can crawl back to their hovels to enjoy their lack of health when the show is over. https://t.co/yxuv466q7g— Ruth Ben-Ghiat (@ruthbenghiat) September 7, 2022