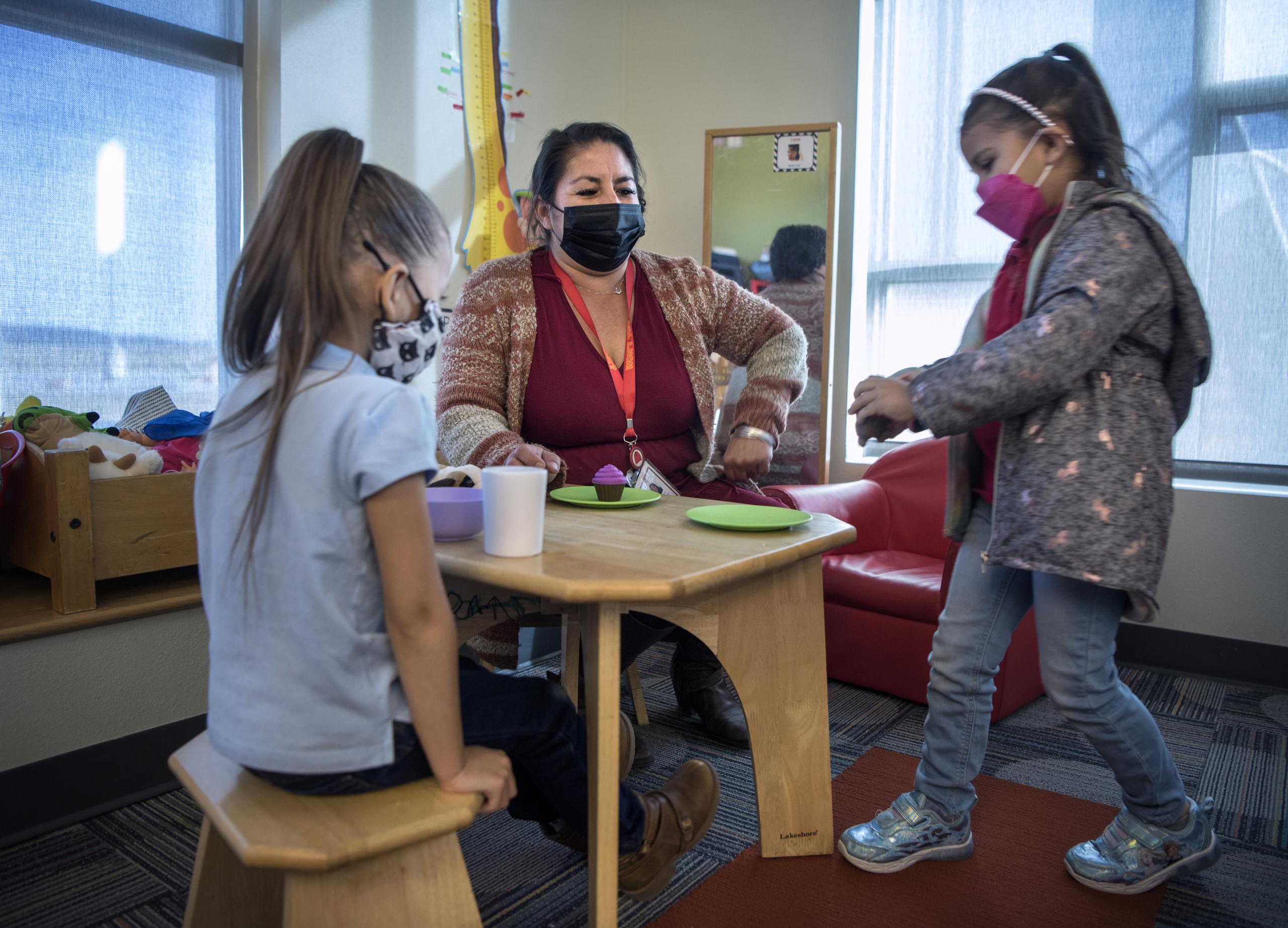 In January, Carmella Salinas, center, sits with Kenzie Garcia, left, and Ayana Madueno, both 4, in her prekindergarten class at Acalde Elementary School north of Española. (Eddie Moore/Albuquerque Journal)
Copyright © 2022 Albuquerque Journal
SANTA FE – For years, it was one of the most fiercely debated measures at the Roundhouse.
But a proposed constitutional amendment to tap more heavily into New Mexico’s permanent school fund is drawing broad voter support ahead of the Nov. 8 election.
The ballot question was backed by 69% of likely voters in the latest Journal Poll – support that crosses party lines, age and regions of the state.
Just 15% of likely voters expressed opposition. The remainder were undecided, wouldn’t say or said it depends, according to the scientific survey by Research & Polling Inc.
The support comes after a decadelong push at the state Capitol to boost the annual distribution out of the permanent fund – an endowment of sorts – to pay for early childhood education, including prekindergarten and home-visit programs to help new parents.
Extra funding would also go toward K-12 education.
Brian Sanderoff, president of Research & Polling, said the results show bipartisan support for the ballot measure that isn’t likely to narrow unless well-funded opposition emerges before Election Day.
“We know New Mexicans recognize that early childhood education is critical in a state like New Mexico, where we have generational challenges bringing New Mexico’s children up to speed,” Sanderoff said.
Democratic voters favoring the measure outnumbered opponents at a rate of 11 …