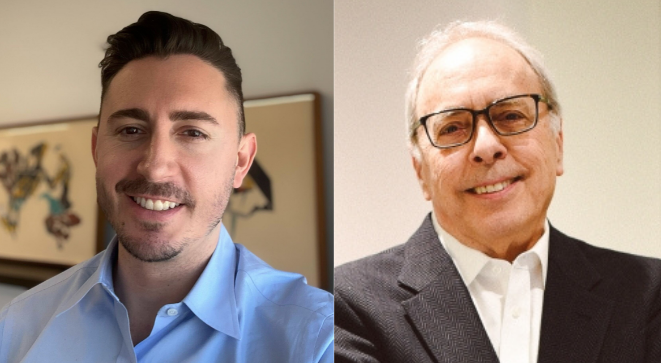 New York-based entertainment law firm Levine Plotkin & Menin, which specializes in transactional work in the arts, entertainment and media, has opened an office in Los Angeles.

LPM’s expansion will build on its existing footprint in the region, and comes after many years of working with studios, creatives, independent producers and others based in the area. The L.A. office aligns with the firm’s mission to better serve existing clients and projects and to expand its film and television practice generally.

LPM’s recent representations include “Hamilton,” from development on stage through its premiere as a film on Disney+; the producers of Netflix’s “The Prom,” directed by Ryan Murphy; and longtime client Gloria Steinem in connection with the autobiographical film “The Glorias,” starring Julianne Moore.

“Our clients are increasingly active in multiple areas simultaneously,” said Loren Plotkin (above, right), a founder of LPM. “We regularly help our theater and literary publishing clients develop films, television series, podcasts and other media projects, while many studios and rights holders come to us for advice as they navigate the stage and book publishing worlds. We have now found the perfect match in Los Angeles to allow us to better serve our clients on both coasts and in all media.”

As part of the Los Angeles expansion, LPM announced the addition David Schachter (above, left) to its team of attorneys. Schachter joins the firm as a partner and will manage the L.A. office.

With experience representing acting talent, screenwriters, directors and producers across film and TV, Schachter will build upon LPM’s expertise in those areas. His recent successes include repping author and scr …