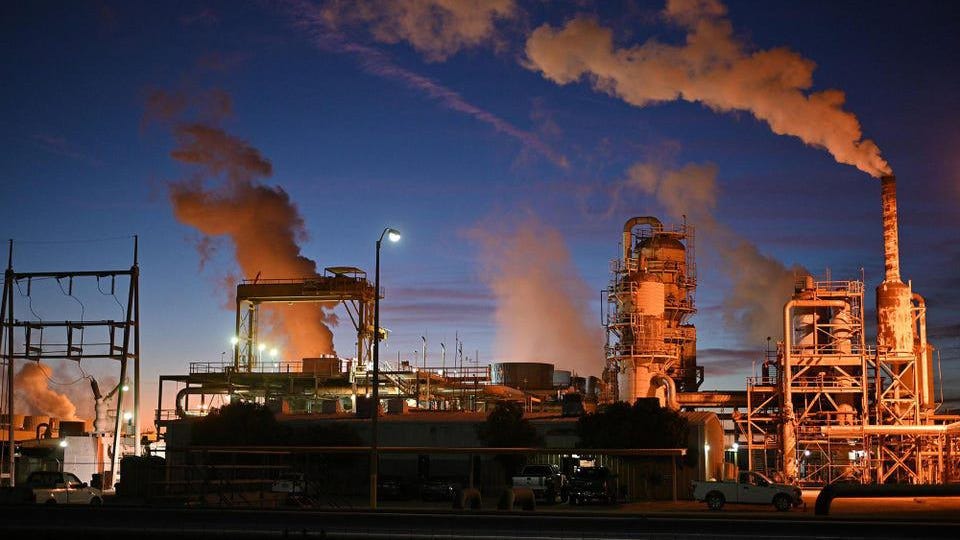 This week’s Current Climate, which every Saturday brings you the latest news about the business of sustainability. Sign up to get it in your inbox every week.Los Angeles Times via Getty Images

Earlier this week, the city of Sacremento, CA hit a new all-time heat record: 116 degrees. All throughout the West this week, previous temperature records have been shattered–in the month of September, which is not typically the warmest month of the year in the region. Writing for Forbes, meteorologist Dr. Marshall Shepherd notes that heat waves like that in the west this week and the one in Europe a few weeks ago will become increasingly common due to climate change. And that raises questions about the human cost of global warming.

“How many workers are being subjected to that heat? How many homeless or poor communities have insufficient options to cool themselves or seek medical attention for heat-related illnesses? How will the energy grid hold up?” Shepherd writes. “These are questions facing our new climate reality and ultimately why it matters.”

The Big ReadChip Somodevilla/Getty Images
The White House Wants Crypto Mining Companies To Share How Much Energy They Use With Regulators
The White House announced on Thursday that crypto mining operations in the U.S. are on track to consume as much energy as all of the nation’s home computers, necessitating formalized measures for curbing the industry’s power demands. A new report issued by the White House Office of Science and Technology Policy addressed environmental concerns that industrial-scale crypto miners could strain local and federal energy grids, and undermine global climate change efforts.

Read more here.
Discoveries And Innovations
Researchers have found that family farms can reduce their carbon emissions in a very simple way: just give their cows more pasture time.
Tech firm BreezoMeter has launched an API platform called Cleanest Route, which uses GPS to give people driving directions for routes that provide the least exposure to air pollution.
New research data shows that the massive Thwaites Glacier in West Antarctica could retreat even faster than previously thought, which could dramatically raise global sea levels.
Sustainability Deals Of The Week
100% Renewable: Social media giant Pinterest announced that it plans to make all of its facilities powered 100% by renewable energy by next year.
Gigawatt Solar: Earlier thi …