GTA VI leak under investigation, with alleged arrest of hacker 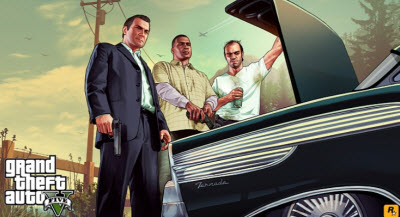 Following this week’s infamous Grand Theft Auto VI leak, multiple law enforcement agencies have been searching for the perpetrator. Now they allegedly have found the person, though it has yet to be officially confirmed.

Earlier this week, a hacker obtained footage (and allegedly the source code) of Grand Theft Auto VI from Rockstar’s company Slack server. They dropped this footage online, revealing the as-yet-unannounced title to the world. Among other things, we saw protagonists Jason and Lucia, some dialogue, and gameplay. Rockstar put out a statement admitting the breach and expressing disappointment.

Today, the City of London Police revealed it has arrested a 17-year-old in Oxfordshire “on suspicion of hacking.” Reporter Matthew Keys said sources confirmed that this individual was the alleged Rockstar hacker. At the time of this writing, this had not been officially confirmed by Rockstar or any law enforcement agencies.

Rockstar Games has assured gamers that the leak won’t impact the development of GTA VI. Both Rockstar and Take-Two have attempted to get the footage removed from YouTube, Twitter and other social sites.
GamesBeat’s creed when covering the game industry is “where passion meets business.” What does this mean? We want to tell you how the news matters to you — not just as a decision-maker at a game studio, but also as a fan of games. Whether you read our articles, listen to our podcasts, or watch our videos, GamesBeat will help you learn about the industry and enjoy engaging with it. Discover our Briefings.