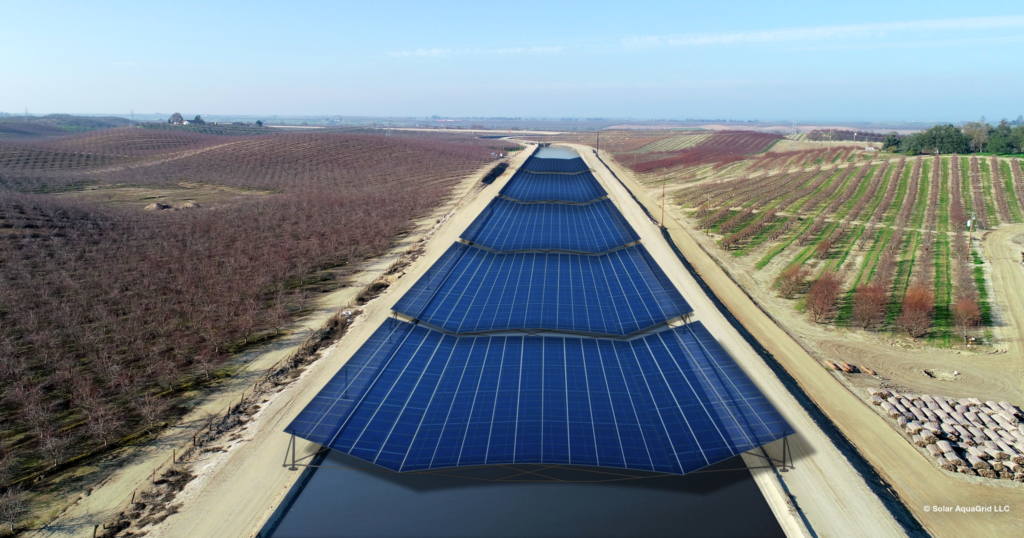 TURLOCK, Calif. — Amid intense heat waves that strained the California energy system this month, attention has been placed on efforts to build on renewable energy in the country’s most populous state.
At the state level, California is gradually taking steps to run on carbon-free electricity by 2045, and legislation pushing for that calls on retail and state-run electricity sold to come from renewable sources. The transition has reached the automotive industry, with recent legislation pushing for more electric vehicles to be sold and the slow phasing out of sales of gasoline-powered cars.
Large investments in clean energy infrastructure will be needed to meet California’s renewable energy goals, but some, like the state’s oldest irrigation district, are getting creative in how to get there. Irrigation districts are tasked with the distribution and management of water that has beneficial uses like agriculture or drinking.
Last year, a study published in Nature Sustainability by researchers from University of California at Santa Cruz along with UC Merced found that it may be possible to tap into the network of public water delivery canals as a way to both conserve water and advance the state’s renewable energy efforts. The researchers studied the concept of “solar canals,” which includes assembling a canopy of solar panels to prevent evaporation while also generating electric energy. The idea is being put to the test in an experiment called Project Nexus.
Brandi McKuin, the lead researcher on the study and current assistant project scientist at UC Merced, said the amount of evaporation from canals in California varies by location and tim …