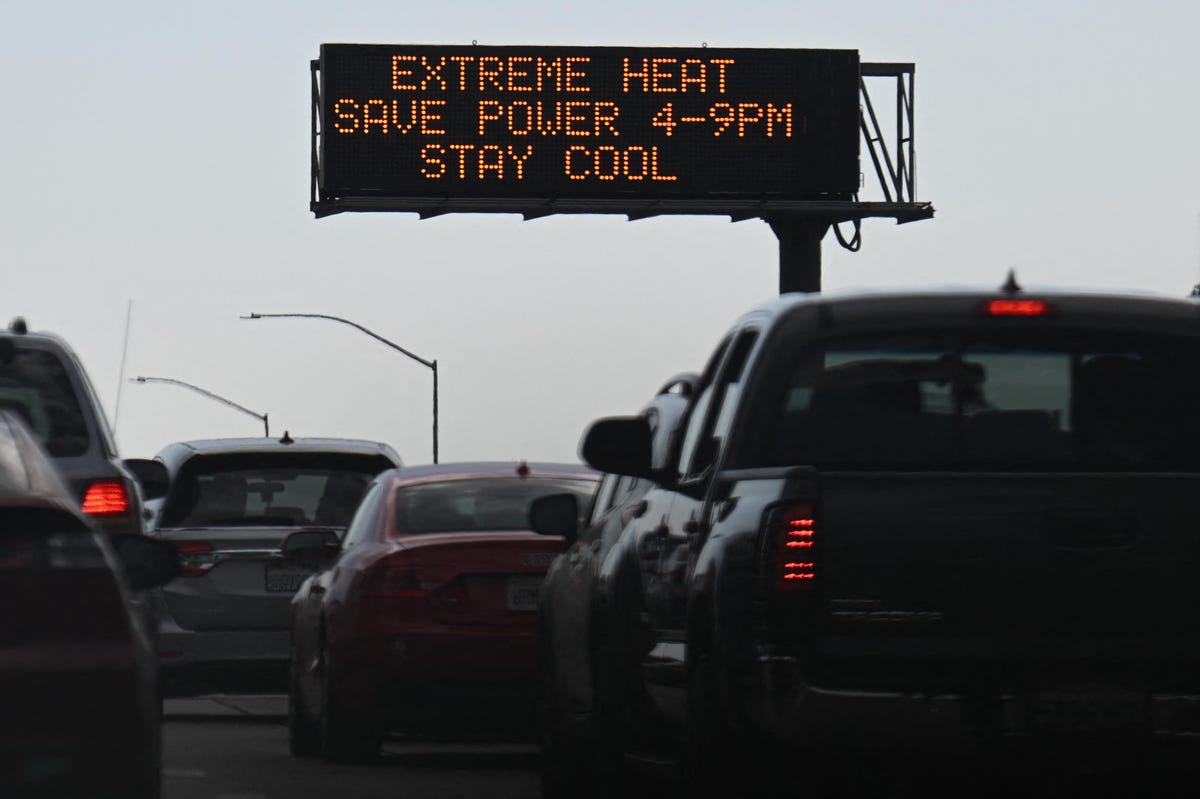 California’s power grid is on the forefront of two unavoidable trends: adding massive amounts of renewable energy and coping with extreme heat driven by climate change. The two-week September heat wave, which baked the state with the “hottest and longest” temperatures on record, put California’s grid to an extreme test – but despite record power demand, the lights stayed on.So how did the state with America’s most ambitious renewable energy deployment goals avoid blackouts during one of the country’s most extreme heat waves in history?
TOPSHOT – Vehicles drive past a sign on the 110 Freeway warning of extreme heat and urging energy … [+] conservation during a heat wave in downtown Los Angeles, California on September 2, 2022. – A “dangerous” heat wave has taken hold of the southwestern US. Forecasters said the mercury could reach as high as 112 Fahrenheit (44 Celsius) in the densely populated Los Angeles suburbs as a heat dome settles in over parts of California, Nevada and Arizona. (Photo by Patrick T. FALLON / AFP) (Photo by PATRICK T. FALLON/AFP via Getty Images)AFP via Getty Images

The answer may seem ironic – California weathered this historic heat wave because it has gone all-in on clean energy technology like wind, solar, battery storage, and demand response. As the state accelerates toward its 100% renewable energy by 2045 target while planning for a hotter and drier future where extreme weather is the norm, California’s grid resilience experience presents a blueprint for other states to follow.