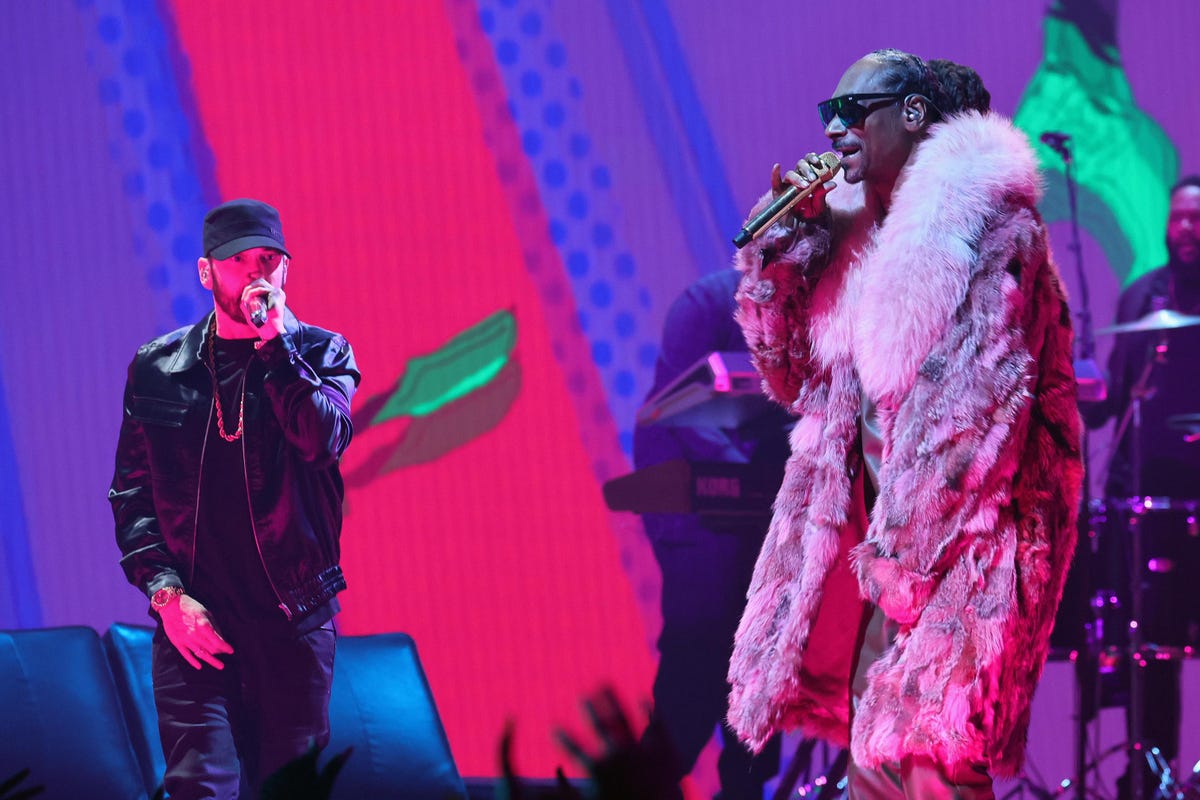 NEWARK, NEW JERSEY – AUGUST 28: Eminem and Snoop Dogg perform onstage at the 2022 MTV VMAs at … [+] Prudential Center on August 28, 2022 in Newark, New Jersey. (Photo by Theo Wargo/Getty Images for MTV/Paramount Global)Getty Images for MTV/Paramount GlobalWhen it comes to ownership among entertainment fans, the exchange is quite simple; the fans pay money and in return, they get something of sentimental value, whether that be a picture, video, or other types of content from their favorite franchise or celebrity. What they do not get, typically, is any chance to make money. Fans have historically been removed entirely from the financial aspect of show business, but that may be about to change.

The entertainment industry has been introduced to NFTs where all sorts of companies and celebrities are releasing projects. Recently, Snoop Dogg and Eminem appeared at the VMAs to give a performance that was beaming with imagery from the Bored Ape NFT collection, of which they are both vocal fans. With increased NFT use coupled with a growth in knowledge around how to utilize them, it has meant that there are now more ways of generating revenue on the part of the fans.
NEWARK, NEW JERSEY – AUGUST 28: (EDITORS NOTE: This image is a screengrab in order to see the … [+] augmented reality MTV used during the awards show) A view of AR as Eminem and Snoop Dogg perform onstage during the 2022 MTV VMAs at Prudential Center on August 28, 2022 in Newark, New Jersey. (Photo by MTV VMA 22/Getty Images)Getty Images for MTV/Paramount Global

Some projects come with massive resale opportunities in secondary markets and some projects act as an investment vehicle for the projects themselves. For example, Kevin Smith’s recent horror release has allowed fans to become producers – of sorts – by buying the film’s NFTs, allowing owners to make decisions regarding the planned sequel.

Along with this, we’ve seen many NFT projects emerge that are looking to bring NFTs further into the global forefront, making any transiti …