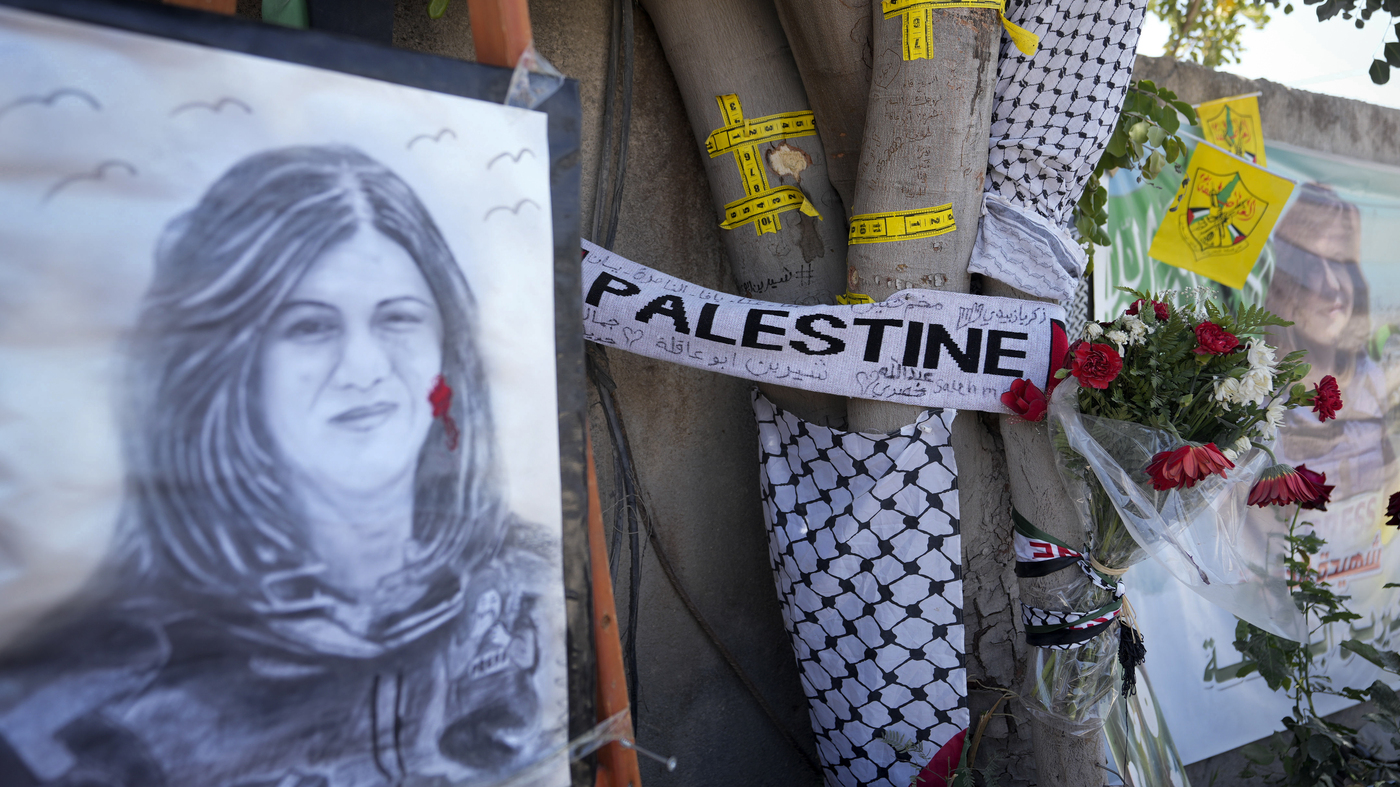 Yellow tape marks bullet holes on a tree and a portrait and flowers create a makeshift memorial, at the site where Palestinian-American Al-Jazeera journalist Shireen Abu Akleh was shot and killed in the West Bank city of Jenin, in May.

JERUSALEM — The Israeli army said Monday there was a “high possibility” that a soldier killed a well-known Al Jazeera journalist in May, as it announced the results of its investigation into the killing. But it said the shooting was accidental and no one would be punished. Shireen Abu Akleh was killed in May while covering Israeli military raids in the occupied West Bank. The Palestinians blamed Israel for the killing. Israel initially said she may have been killed by militant fire, but later said a soldier may have hit her by mistake during an exchange of fire. Abu Akleh, a Palestinian-American journalist, had covered the West Bank for the satellite channel for two decades and was known across the Arab world.

In a briefing to reporters, a senior military official said the military could not conclusively determine where the fire emanated from, saying there may have been Palestinian gunmen in the same area as the Israeli soldier. But he said the soldier shot the journalist “with very high likelihood” and did so by mistake. The official did not explain why witness accounts and videos showed limited militant activity in the area, as well as no gunfire in the vicinity until the barrage that struck Abu Akleh and wounded another reporter.

“He misidentified her,” the official said, speaking on condition of anonymity under military briefing guidelines. “His reports in real time…absolutely point to a misidentification.”

The results of the probe, announced nearly four months after the killing, largely align with those of several independent investigations completed much earlier. Abu Akleh’s family criticized the investigation, saying the army “tried to obscure the truth and avoid responsibility” for the killing. “Our family is not surprised by this outcome since it’s obvious to anyone that Israeli war criminals cannot investigate their own crimes. However, we remain deeply hurt, frustrated and disappointed,” they said in a statement. The family also reiterated its call for an independent U.S. investigation and a probe by the International Criminal Court.
…