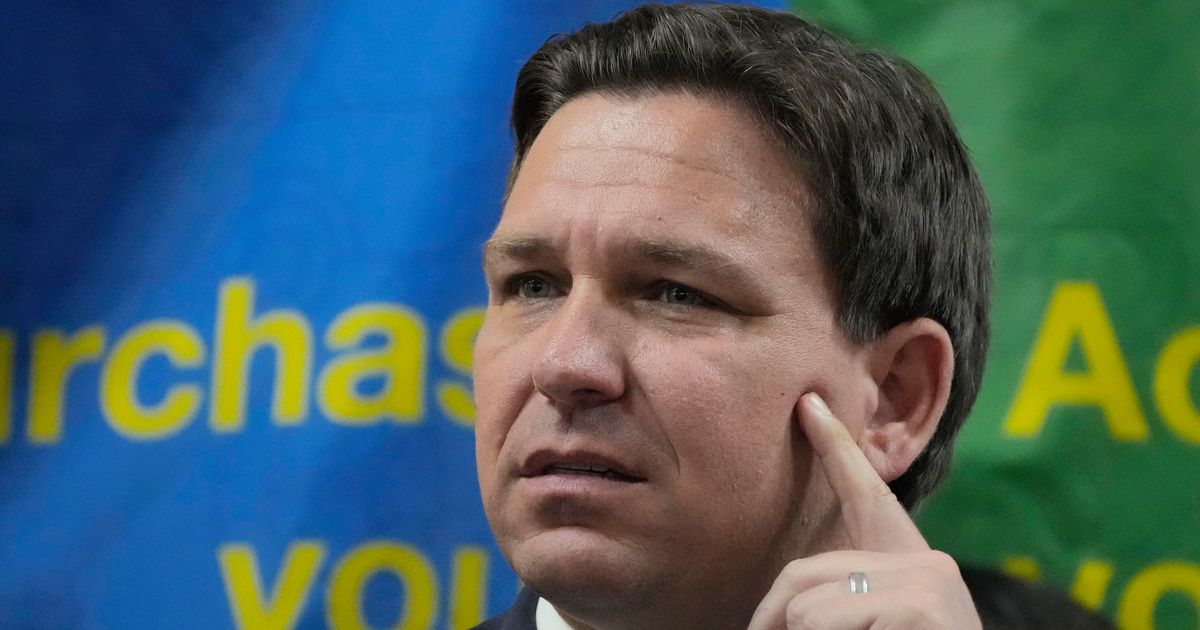 The White House said recent efforts by Republican governors to send migrants to Democratic cities are “disrespectful to humanity,” saying the tactics are “political stunts” made at the expense of vulnerable communities.“That’s not now you treat people, that is inhumane,” White House press secretary Karine Jean-Pierre said during a press briefing on Thursday. “Yes, is there more work to be done? Yes, absolutely. But there is a process in place.”Advertisement“And remember, these are people who are fleeing communism, who are fleeing hardship,” she added.The condemnation comes amid a renewed surge by some Republicans to move immigrants to Democratic enclaves in protest of the Biden administration’s border policies. Press secretary Karine Jean-Pierre: ‘Republican governors … using migrants as political pawns is shameful, it’s reckless, and just plain wrong’ pic.twitter.com/HVpBFbVJMb— NowThis (@nowthisnews) September 15, 2022

Florida Gov. Ron DeSantis (R) flew two planes of migrants from the state to Martha’s Vineyard in Massachusetts on Wednesday, a tactic other Republican officials have used to send immigrants to so-called “sanctuary” cities. Such regions have protections in place for undocumented migrants that limit state involvement with federal authorities and offer temporary protection from detention or deportation.Texas Gov. Greg Abbott (R) made a similar move this week, sending two buses of migrants to the residence of Vice President Kamala Harris in Washington, D.C.AdvertisementJean-Pierre said the efforts were simply political stunts meant to create “chaos” and “confusion,” calling efforts to use migrants as political pawns “shameful, reckless and just plain wrong.” She pointed to reports that some had been promised expedited work papers in Boston if they boarded the plane from Florida this week, only to be left in Massachusetts.‘[The woman] offered us help, help that never arrived’ — Press secretary Karine Jean-Pierre shared reports from migrants used in political stunts by Republican governors who said a woman ‘lured them into boarding the plane’ via false promises pic.twitter.com/zxXYyrLKvw— NowThis (@nowthisnews) September 15, 2022