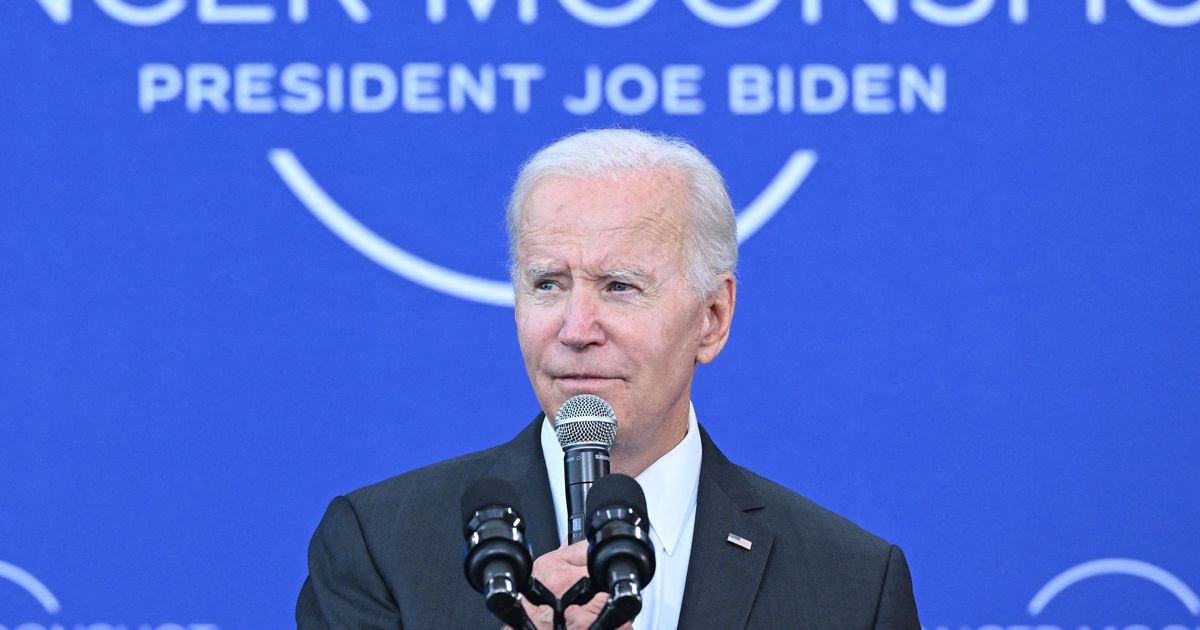 President Joe Biden urged the nation to come together to fight cancer, the second most common cause of death in America, during an impassioned speech on Monday marking the renewal of his “cancer moonshot.”Speaking at the John F. Kennedy Presidential Library and Museum in Boston 60 years after the building’s namesake gave his famed moonshot speech, Biden appealed to Americans across political lines, saying the nation was poised to end the disease “as we know it.”AdvertisementThe president harked back to the Kennedy era, comparing the effort to the space race and Americans’ ultimate journey to the moon.“I believe we can usher in the same unwillingness to postpone, the same national purpose that will serve to energize and measure the best of our skills, to end cancer as we know it, and even cure cancer once and for all,” he said.The effort aims to slash U.S. fatalities from cancers by 50% over the next quarter century and see many more cancers become chronic conditions that are treatable rather than fatal. Cancer is expected to kill more than 609,000 Americans in 2022, according to the Centers for Disease Control and Prevention, a toll exceeded only by deaths from heart disease.Biden added that the plan was “bold, ambitious, and, I might add, completely doable,” pointing to existing technology and the promise of medical advancements.AdvertisementPresident Biden says his “Cancer Moonshot” initiative is one of the reasons why he ran for president:”Cancer does not discriminate, red and blue. It doesn’t care if you’re a Republican or a Democrat. Beating cancer is something we can do together.” pic.twitter.com/YpLtLKD9aW— The Recount (@therecount) September 12, 2022

President Biden’s Cancer Moonshot will work to:- Cut the cancer death rate by at least 50% over the next 25 years- Turn more cancers from death sentences into chronic diseases people can live with- Create a more supportive experience for patients and families— The White House (@WhiteHouse) September 12, 2022

“This cancer moonshot is one of the reasons why I ran for president,” Biden said. “Cancer does not discriminate red and blue. It doesn’t care if you’re a Republican or a Democrat. Beating cancer is something we can do together.”Biden announced Dr. Renee Wegrzyn as the inaugural director of a new arm of the government, the Advanced Research Projects Agency for Health, or ARPA-H, on Monday. The body will lead …