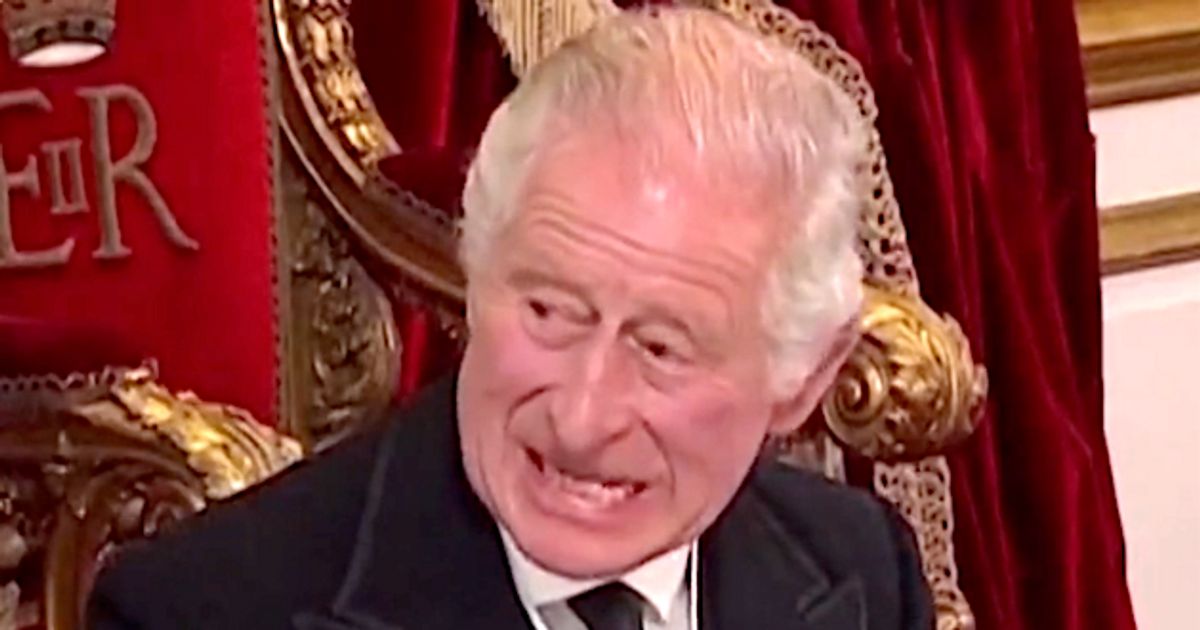 King Charles III already has a signature moment in his new reign ― but it’s not the noble kind.The new monarch got roasted for viral clips that showed him shooing staff to clear his desk while he signed his accession proclamation on Saturday. He succeeded his mother, Queen Elizabeth II, on the throne after she died last week at age 96.In the footage, the king fans his hand dismissively at an aide to direct the moving of an inkwell …… And flashes a vexed smile at an aide who appears to be the royal desk-clearer as his majesty pushes aside a pen set to make room.“King Charles III, your Liege Lord of desk sets,” one person on Twitter joked.“The servant must clear my desk for me. I can’t be expected to move things,” cracked another.Check out more responses: