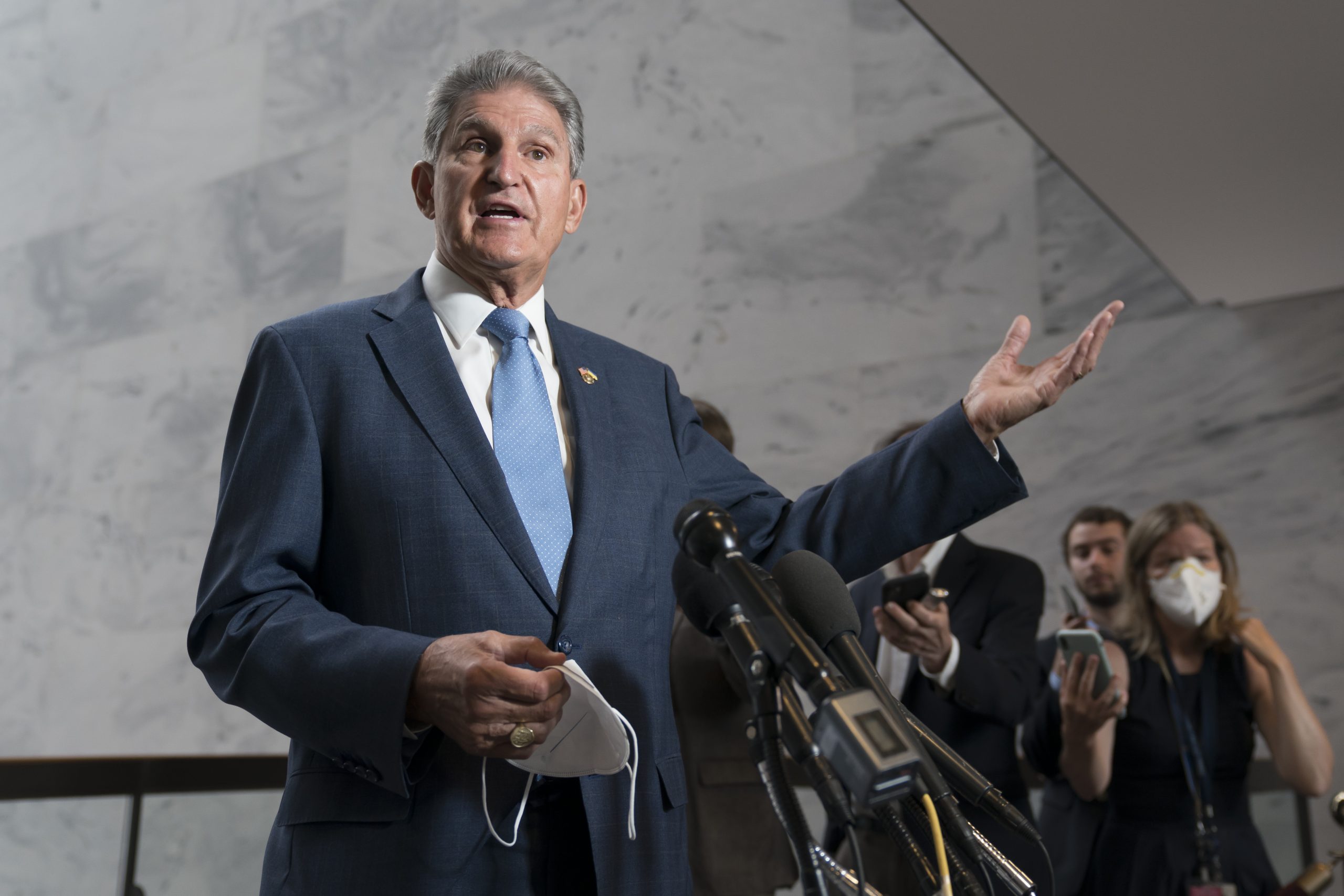 “By next week, we’ll either have a permitting process that accelerates and lets us compete on a global basis of how we do things and bring things to market or not,” said. Sen. Joe Manchin (D-W.Va.). | J. Scott Applewhite/AP Photo

PITTSBURGH — Sen. Joe Manchin pitched his permitting reform legislation to a crowd of global energy leaders and private sector executives as essential to achieving the full goals of the Inflation Reduction Act he helped craft.
The West Virginia Democrat also told the crowd at the Global Clean Energy Action Forum in Pittsburgh that the Senate would start voting on the permitting legislation next week, likely on Tuesday. But the legislation faces stiff opposition in both parties.

Manchin’s appearance was disrupted by a handful of protesters seemingly opposed to the bill’s provisions aimed to help spur completion of the Mountain Valley Pipeline, which the senator is a staunch advocate of. This followed a protest Thursday against permitting of natural gas infrastructure at the Federal Energy Regulatory Commission by opponents of efforts to build new fossil fuel infrastructure in the United States.

Most of the developed world can build and permit infrastructure in a few years, but the U.S. permitting process can take as long as a decade, Manchin said.
“Why should we be at a disadvantage and can’t compete?” he said. “We know what needs to be done. Why can’t we be able to do it?”
In the Inflation Reduction Act, “everything’s based on a 10-year window,” Manchin added. “If it takes seven …