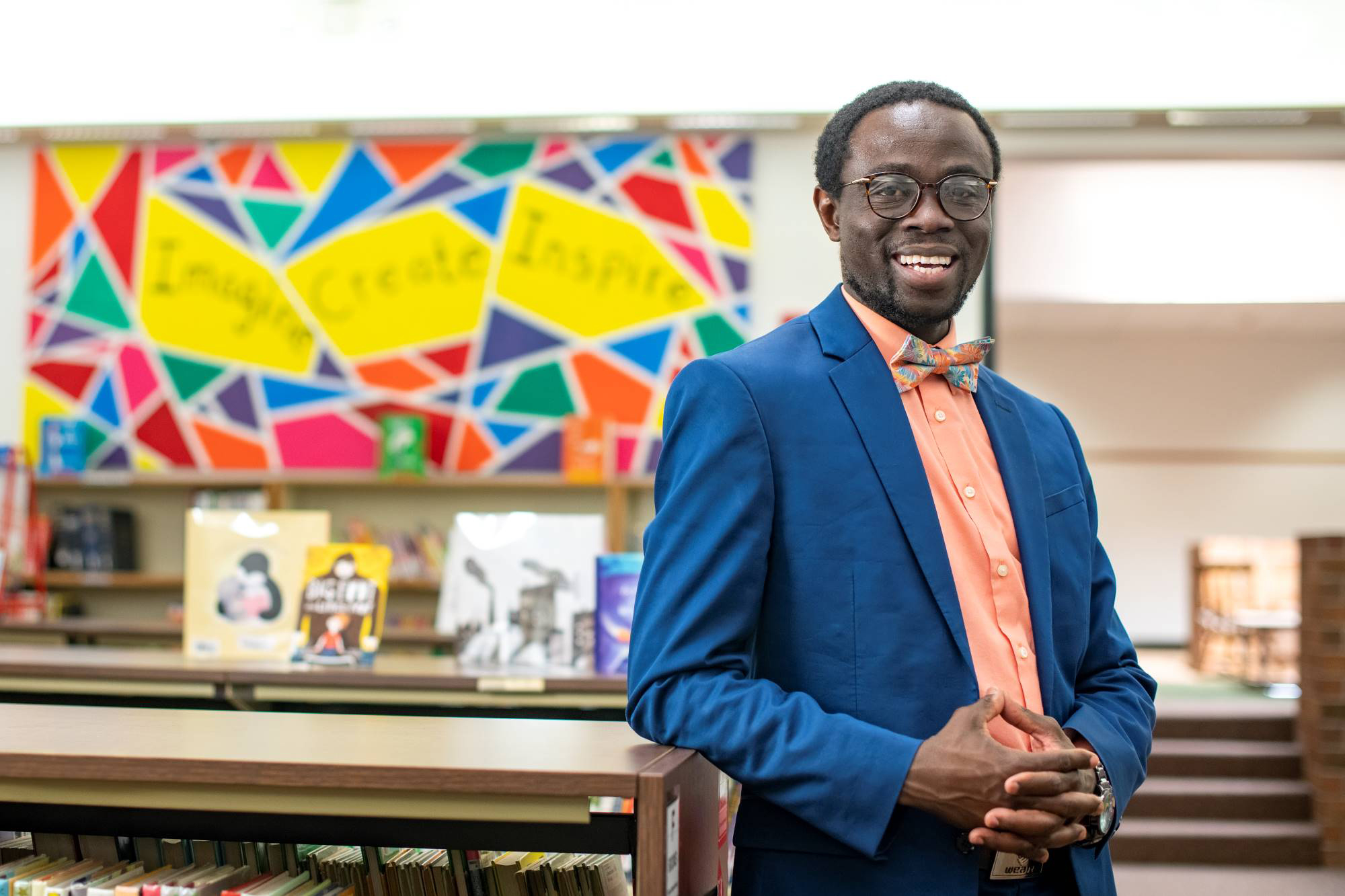 As a young boy living in what was then Zaire, Bertine Bahige remembers watching refugees flee from the Rwandan genocide in 1994 by crossing a river that forms the two Central African nations’ border.

“Little did I know that would be me a few years later,” said Bahige.

Bahige’s harrowing refugee journey began when he was kidnapped and forced to become a child soldier when war broke out in his country, which became the Democratic Republic of Congo in 1997. He escaped at age 15 to a Mozambique refugee camp, where he lived for five years until he arrived in Baltimore in 2004 through a refugee resettlement program.

Bahige, now 42, said the way he grew up was to “just buckle up and tough it out,” and he carried that philosophy into adjusting to life in the U.S. He worked multiple jobs and took community college classes until he went to the University of Wyoming on a scholarship. He is now an elementary school principal in Gillette, Wyoming, and said his coping strategy, then and now, is to keep himself busy.

“In retrospect, I don’t think I ever even dealt with my own trauma,” he said.

Refugees are arriving in the U.S. in greater numbers this year after resettlement counts reached a 40-year low under President Donald Trump. These new arrivals …