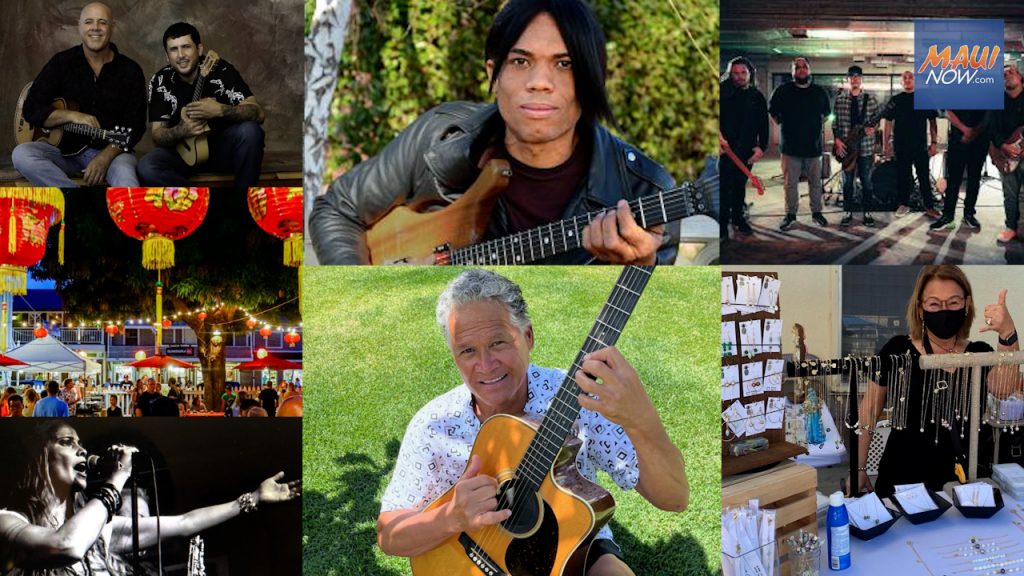 For a list of upcoming events, concerts, shows and entertainment for Sept. 15-21, find our comprehensive listing here.

Jordan has received four Grammy nominations. His album “Friends” was nominated for an NAACP Image Award. Los Angeles Times jazz critic Leonard Feather wrote, “Genius is a word often tossed around in musical circles, but it has been rightfully applied to Stanley Jordan.” Jordan’s touch technique allows the guitarist to play melody and chords simultaneously with an unprecedented level of independence. It also allows Jordan to play simultaneously on two different guitars, or even on guitar and piano. Check out his interview about the Friends album and his inclusive approach to jazz.

For more information including tickets, go to mauiarts.org. The MACC Box Office is not open for window transactions but is open on the night of show for will-call pick up. Online orders utilize print-at-home ticketing to facilitate touchless transactions. Tickets may also be downloaded to electronic devices for scanning upon entry into the venue. The Box Office is available for inquiries by email or phone 808-242-7469 Tuesday through Friday, 10 a.m. to 4 p. …