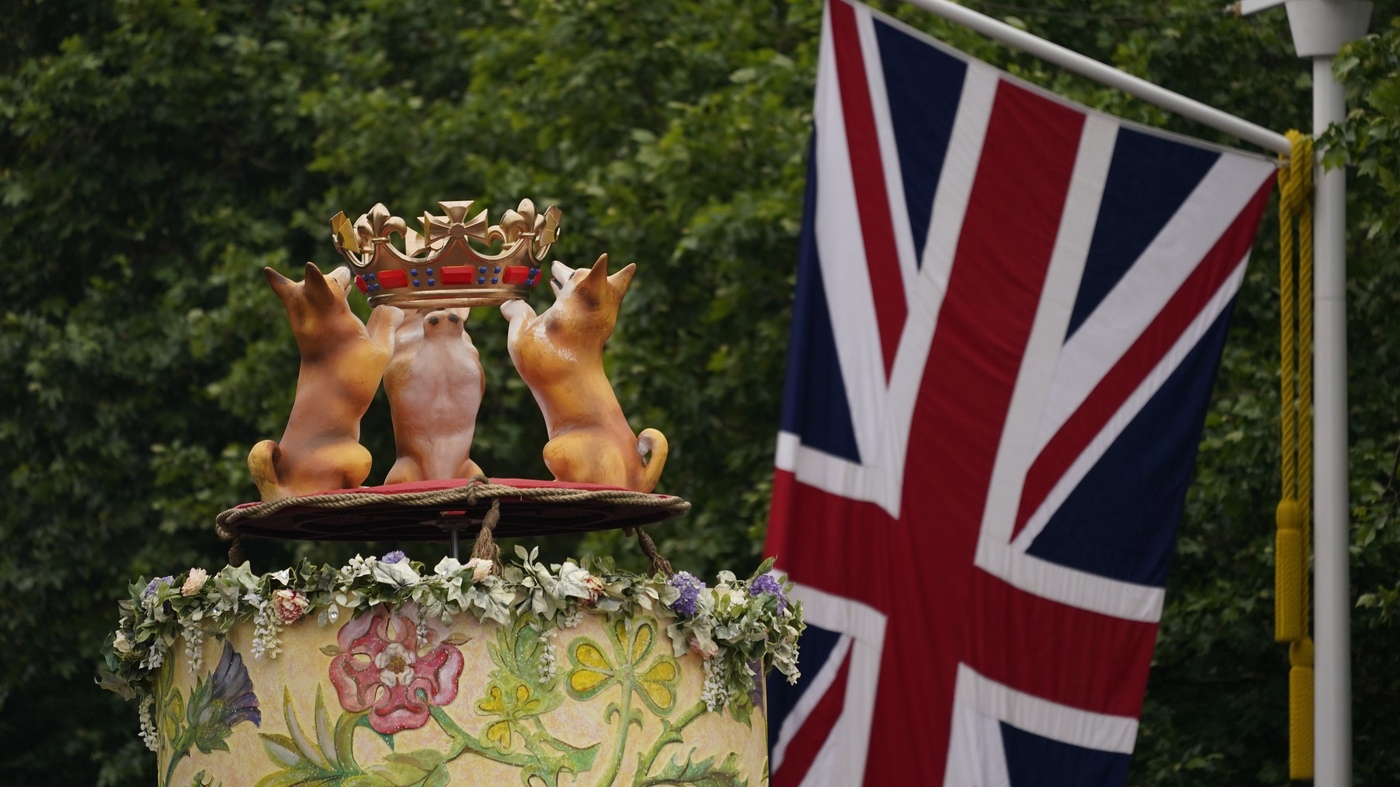 A float displaying corgi dogs with a crown is part of the Platinum Jubilee celebrations in June. Queen Elizabeth II had a strong affinity with the breed, specifically Pembroke Welsh Corgis.

The Duke and Duchess of York will look after Queen Elizabeth II’s two corgis, according to news reports. Muick and Sandy are two young corgis that Prince Andrew, one of the queen’s sons, and his daughters gave her in 2021. The present was intended to lift her spirits after her husband, Prince Philip, died. Elizabeth herself died on Thursday at Balmoral. “The corgis will return to live at Royal Lodge [on the Windsor Estate] with the Duke and Duchess,” a source close to Andrew told the BBC. NPR has not yet independently confirmed and will update once we do.

It is still unclear who will look over Elizabeth’s two other dogs — a cocker spaniel named Lissy and a dachshund corgi hybrid named Candy. Some royal experts previously speculated that the dogs may be separated and given to various family members. Elizabeth’s affinity for corgis can be traced back to her youth, when she was given a corgi named Susan for her 18th birthday. The queen owned more than 30 dogs over the course of her life — a majority of which were Pembroke Welsh Corgis.