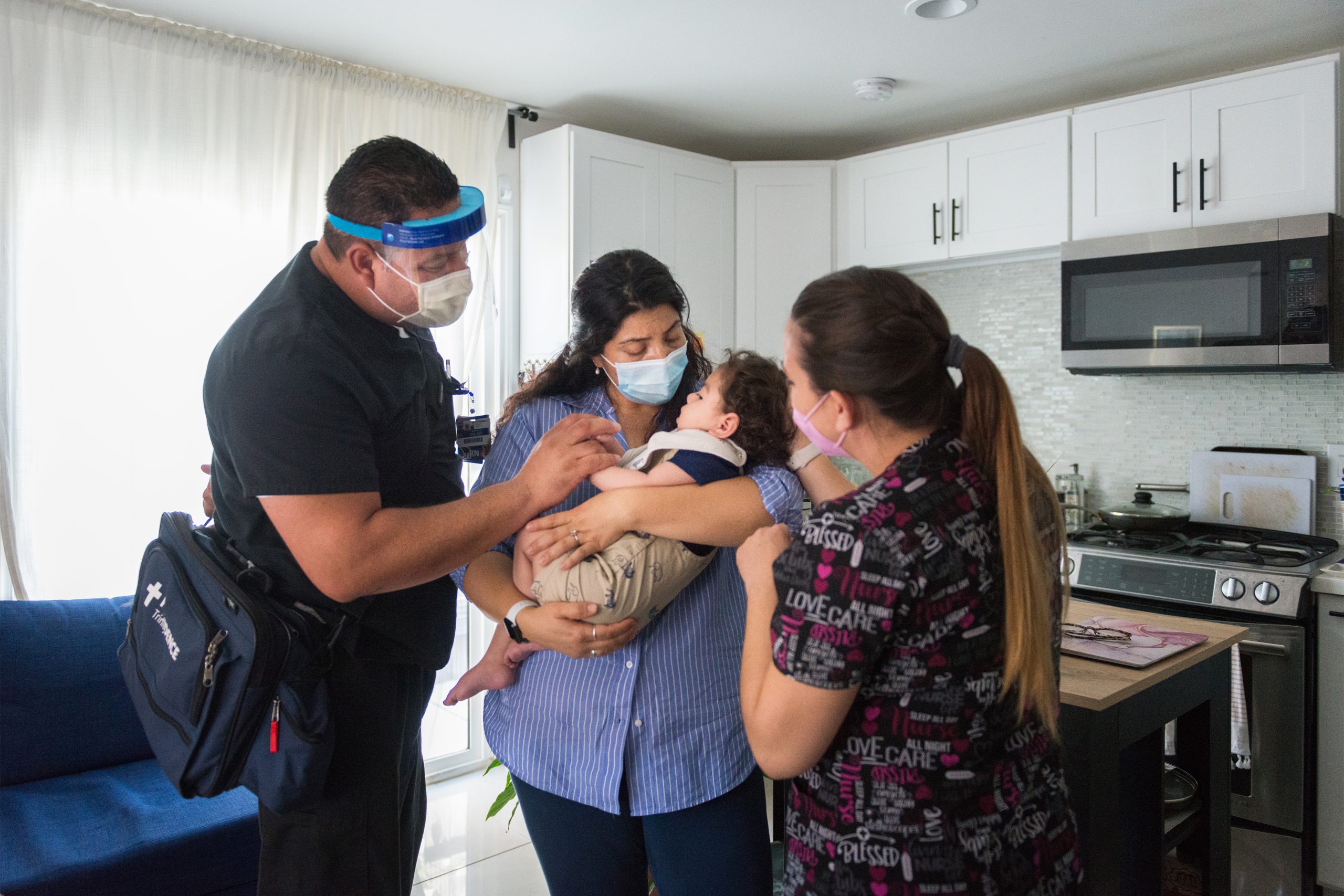 POMONA, Calif. — When you first meet 17-month-old Aaron Martinez, it’s not obvious that something is catastrophically wrong.

What you see is a beautiful little boy with smooth, lustrous skin, an abundance of glossy brown hair, and a disarming smile. What you hear are coos and cries that don’t immediately signal anything is horribly awry.

But his parents, Adriana Pinedo and Hector Martinez, know the truth painfully well.

Although Adriana’s doctors and midwife had described the pregnancy as “perfect” for all nine months, Aaron was born with most of his brain cells dead, the result of two strokes and a massive bleed he sustained while in utero.

Doctors aren’t sure what caused the anomalies that left Aaron with virtually no cognitive function or physical mobility. His voluminous hair hides a head whose circumference is too small for his age. He has epilepsy that triggers multiple seizures each day, and his smile is not always what it seems. “It could be a smile; it could be a seizure,” his mother said.

Shortly after Aaron was born, doctors told Adriana, 34, and Hector, 35, there was no hope and they should “let nature take its course.” They would learn months later that the doctors had not expected the boy to live more than five days. It was on Day 5 th …