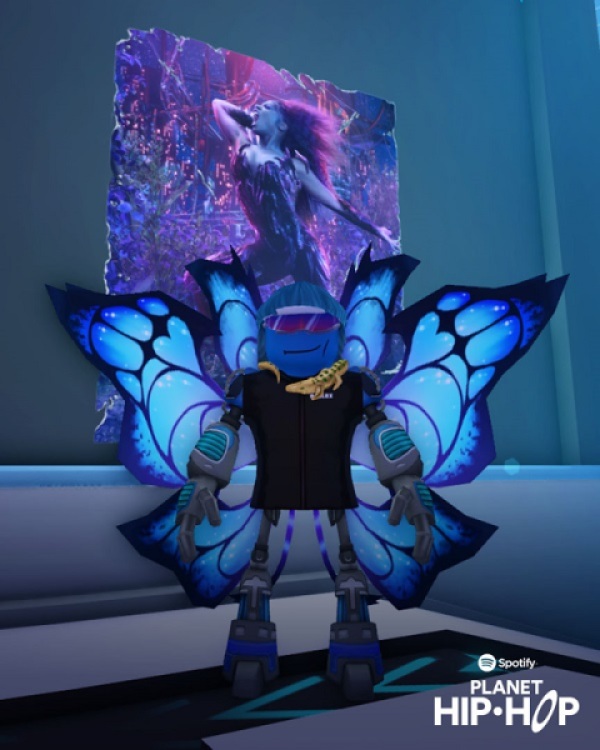 Spotify has opened Planet Hip-Hop, a futuristic hip-hop universe inside the Spotify Island experience in Roblox.

Earlier this year in May, Spotify became the first music streaming brand to have a presence within Roblox with Spotify Island, an otherworldly digital destination for audio. Since then, Spotify Island has launched K-Park, a whimsical wonderland dedicated to the world of K-Pop.

Now, Spotify is excited to unveil Planet Hip-Hop where fans will have the opportunity to connect with hip-hop superstar, Doechii through an artist meet and greet and special virtual merch, like alligator shoes. Clearly, this is the new way of marketing to young folks, who aren’t watching TV but are playing a lot of games. And Roblox is one of the places to be, as it has more than 52 million daily active users.

Planet Hip-Hop is on Spotify Island.K-Park is a whimsical wonderland that pays homage to the world of K-Pop. Spotify has seen a huge crossover between music and gaming, and there are common brands going after both audiences. Deloitte said in a recent report that Generation Z players average 11 to 13 hours of game time a week. Not only does Spotify expect the audience to be gamers. They’re probably creators too.