Switchgrass as an energy crop has untapped potential – Successful Farming 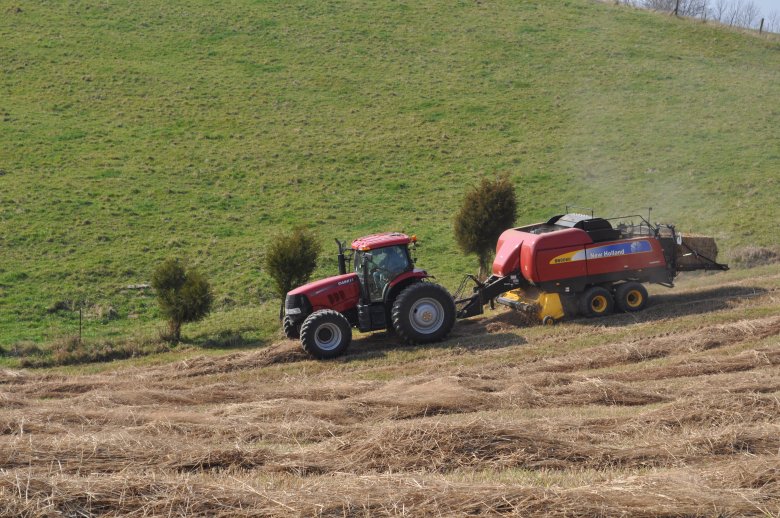 A decade ago, switchgrass promised farmers an optional bioenergy crop. Researchers at the USDA-ARS Northern Great Plains Research Laboratory at Mandan, North Dakota, found the deep-rooted native perennial could store significant amounts of carbon in the soil – even on marginal land. Also, it outperformed corn in energy efficiency.

Schmer was part of a team of researchers conducting a five-year study evaluating switchgrass’s potential as an ethanol crop. A hardy native grass adapted to a wide range of growing conditions, the perennial has long proven its ability to reduce or eliminate wind and water erosion, provide feed for livestock, and offer habitat for wildlife.

Beyond showing its efficiency in producing ethanol, the research documented switchgrass’s ability to sequester significant and rapidly accruing levels of carbon in the soil. Data was gathered from 10 on-farm switchgrass fields in Nebraska, South Dakota, and North Dakota. Fields were on marginal land and were fertilized with nitrogen for maximum yield.

“Given the levels of soil carbon sequestration we found, coupled with the high net energy balance and low emissions of greenhouse gases, switchgrass is a great energy crop for marginal cropland,” Schmer says.

Today, the perennial’s potential as a bioenergy crop remains untapped. “Producing ethanol from switchgrass has never materialized at the scale we hoped it would,” says Schmer, who now works as a USDAARS research agronomist and adjunct assistant professor at the University of Nebraska-Lincoln.

High costs for processing the crop into fuel blocked its inroads into the market. Converting switchgrass into ethanol costs even more than the conversion of corn into ethanol because of the additional processing required.

Other forces have hamstrung the energy prospects for the crop, as well. “Oil production in the U.S. has increased dramatically in the last decade, lowering the cost of fuel,” Schmer says. “Along with that, there’s been an increase in car fuel efficiency and a steady adoption of electric-powered vehicles. As a result, demand for ethanol has not increased like we had expected.”

Beyond its promise for ethanol, switchgrass h …