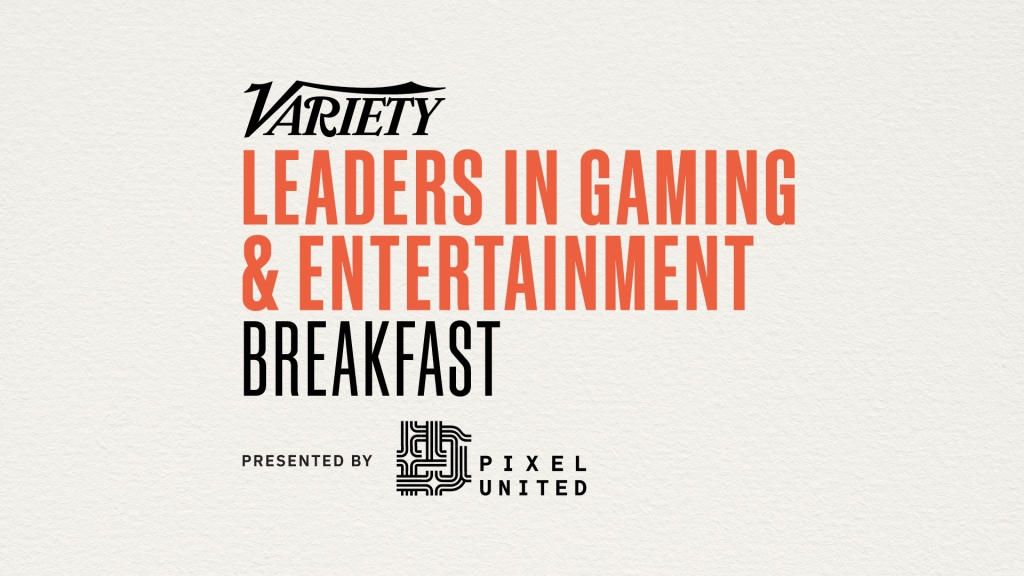 Variety and Pixel United will host the first-ever Leaders in Gaming & Entertainment Breakfast on Oct. 4. The in-person breakfast, held in Los Angeles, will bring together some of the biggest names in the gaming industry.

Marc Merrill, co-founder and president of games for Riot Games, and Shauna Spenley, president of Riot Games Entertainment, will participate in a keynote conversation, moderated by Andrew Wallenstein, president and chief media analyst of Variety Intelligence Platform, about the successful screen crossovers of Riot’s video games, such as their Emmy-winning animated series “Arcane: League of Legends.”

Michael Lang, CEO of Pixel United, will be in conversation with Variety Co-Editor-in-Chief Cynthia Littleton about his vision for the mobile games industry, identifying opportunities for the wider entertainment industry to align with the passionate gaming community.

The breakfast will also feature the panel discussion Building a Franchise Through Gaming and Experiential Entertainment featuring Sean Shoptaw, senior VP of global games and experiences at The Walt Disney Company; Gio Hunt, VP of Oculus Studios for Meta; David Baronoff, founder and chief cross media officer for Bad Robot Games; and Helen Chiang, corporate VP of Minecraft Franchise. Moderated by Variety Intelligence Platform Correspondent and Media Analyst Heidi Chung, the panel will explore the intersection between gaming and film/TV, and address how the industries are collaborating to create an expanding universe for content.

“As the number one entertainment business news brand, Variety understands the significance in creating a forum for a dialogue between the entertainment industry and the video gaming industry,” said Dea Lawrence, chief operating and marketing off …