Workers are changing jobs and getting raises, and still struggling financially – NPR 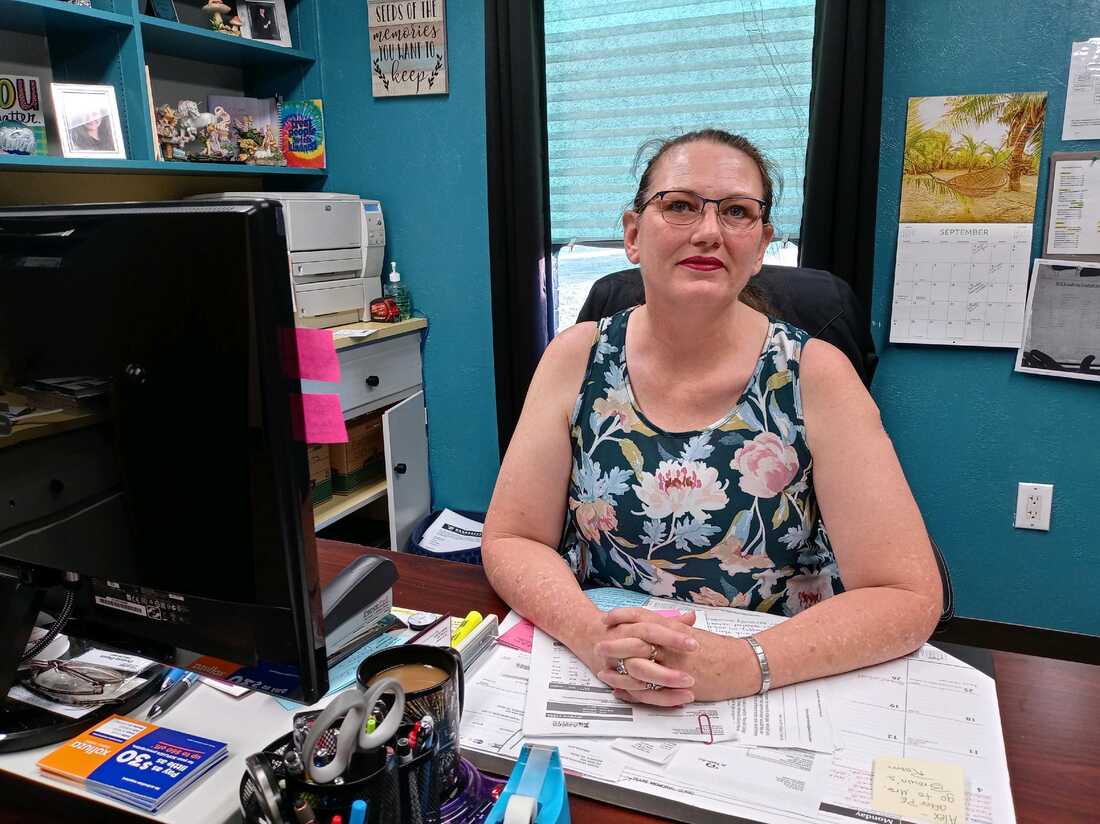 Donna Dunn, 49, works as the office manager at a healthcare clinic in Booker, Texas. Despite getting a raise, she has struggled to pay her family’s bills as prices have risen faster than her paycheck.

Debby Perta insists she is not a “job jumper.” “You couldn’t do that back in my day,” said Perta, 38, who had worked for one bank in Illinois for nearly a decade. “It looked bad on your resume.” During the pandemic, Perta started thinking about making a leap. She’d gone as far as she could go at her company. She had family in Arizona and she thought her teenage son would like it there. Also, she’d been hearing about the country’s hot job market, teeming with new opportunities. Perta quickly landed a job managing a bank branch in Phoenix, told her coworkers “good-bye” and moved west. “This was not the norm for me,” she said. “But it seems to be what people are doing now, right?” Yes, it is what many people are doing, with 38% of Americans changing jobs in just the last couple of years, according to a new NPR/PBS Newshour/Marist poll. More than half of the changers were younger workers – Gen Z and Millenials, like Perta.

At the end of 2021, the rate of people quitting their jobs hit the highest level ever seen on government records going back to 2000, and that rate has remained at an historic high this year. There is a name economists have for all of the churn we’ve seen in the job market: Dynamism. The Great Recession taught workers to stay put, but now they’re “so freaking dynamic” Dynamism can be defined as change, advancement and a restless entrepreneurial spirit, said Heidi Shierholz, president of the Economic Policy Institute. Ever since the Great Recession and the mass layoffs of 2008, workers grew security-oriented, hanging onto jobs and staying put, Shierholz said. “But now we are so freaking dynamic,” she said. “And that is a good thing.” If people are switching jobs, then they’re very likely taking a job that’s a better match for them and that means the economy runs better, she said. “That’s also very, very good for workers,” she said. There is a dark side to all the dynamism. The constant hiring and training and also picking up slack for unfilled jobs, can be exhausting for both employers and workers. Staffing shortages meant that Perta, with her Master’s degree, years of experience and manager title, spent most days filling in as a teller at the bank. Also pay became an issue. To help make ends meet in her new expensive city, Perta made Doordash deliv …