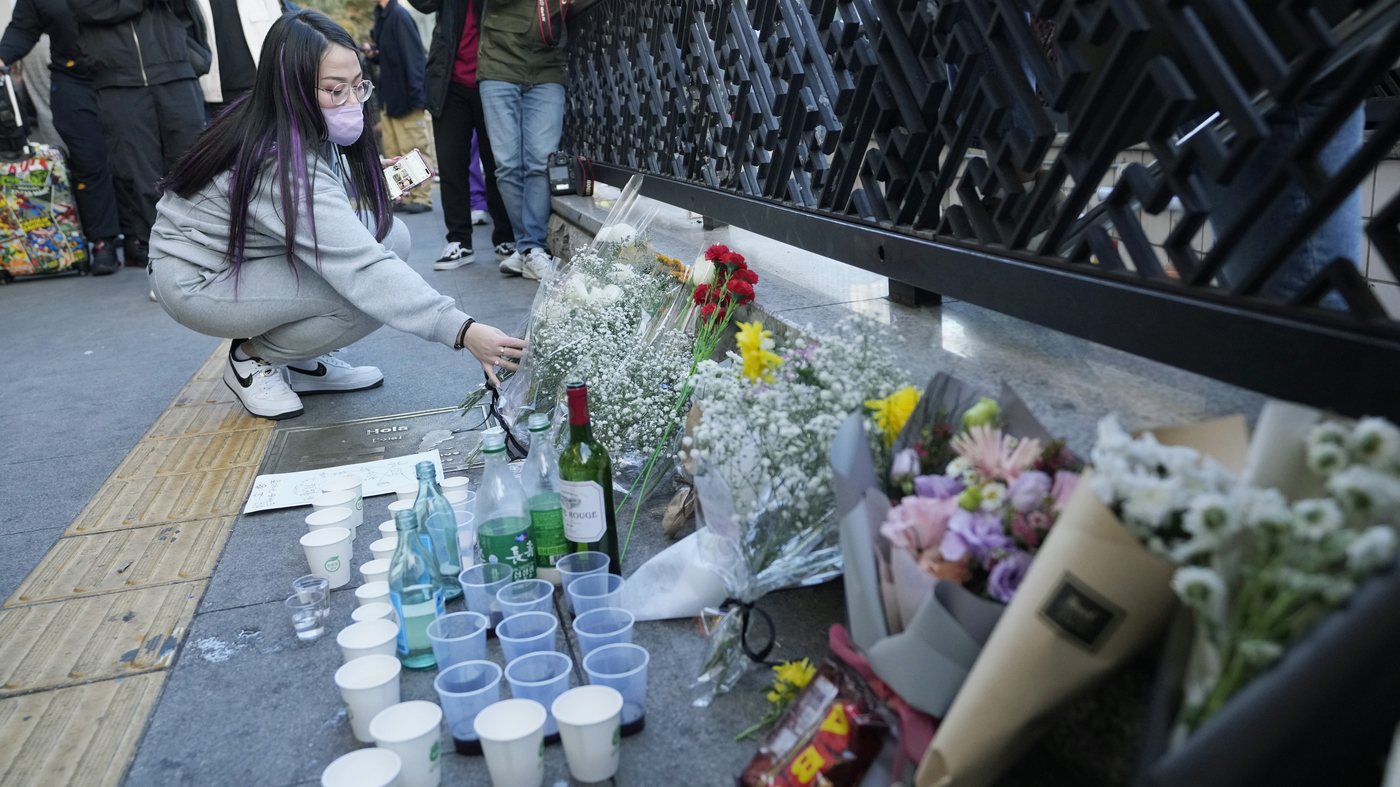 A woman places a bouquet of flowers to pay tribute for victims near the scene of the deadly crowd crush tragedy in Seoul, South Korea.

At least two U.S. citizens were among those killed in the deadly crowd surge in South Korea’s capital on Saturday night, the U.S. Embassy in Seoul has confirmed. “I am deeply saddened by the loss of so many lives last night, to include two young Americans celebrating alongside their Korean friends and others from around the world,” U.S. Ambassador to the Republic of Korea Philip Goldberg said in a statement. Authorities say more than 150 people are dead and 133 injured, many of whom were young adults celebrating Halloween.

As of 9 p.m. Sunday local time, officials say at least 26 foreign nationals were killed in the incident in the Itaewon neighborhood, according to local media reports. The U.S. Embassy in Seoul is working with local authorities and providing consular assistance to any U.S. citizens affected by the incident in Seoul’s Itaewon neighborhood, a spokesman told NPR. The popular district in Seoul was hosting Halloween celebrations that drew around 100,000 people when the crowd surge began. Many were attempting to gather in a narrow alley filled with bars and restaurants, according to local media.

In response to the tragedy, South Korea Prime Minister Han Duck-soo announced a period of national mourning to last until midnight on Nov. 5.
…