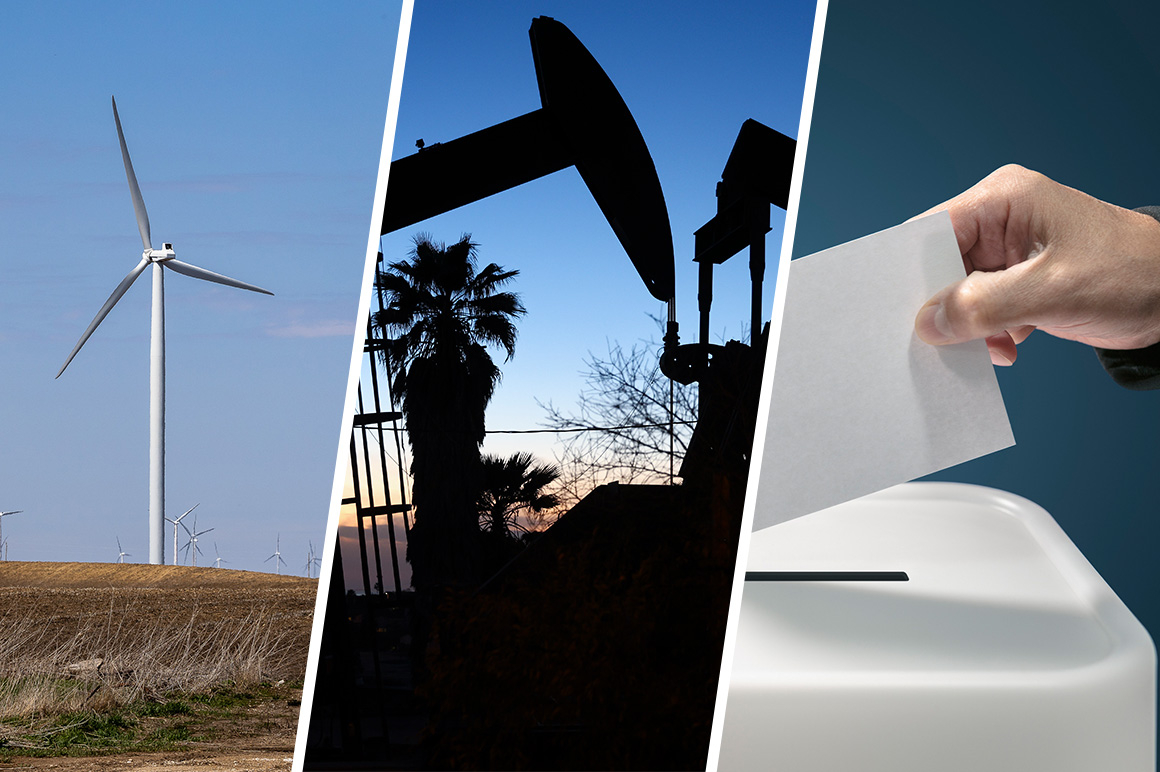 While much of the nation’s attention is focused on how November midterm elections will change Congress, several state-level races could have wide-ranging effects on the energy sector for years.
From attorneys general to utility regulators, down-ballot races may influence the electricity mix in several battleground states and guide the future of natural gas development in energy-rich areas like Texas.
Many of the elections will select officials who will make day-to-day policy decisions on everything from how much fossil fuel generation utilities can use to rates for residential solar energy. Nine states will hold elections for open seats on commissions that oversee electric utilities or oil and gas companies.

In Arizona, for example, two seats on the five-member Arizona Corporation Commission (ACC) are up in statewide races — with broad repercussions for renewables.
“In a lot of ways, the ACC races are the most important races for energy in Arizona,” said Troy Rule, a law professor at Arizona State University who studies sustainability.
In areas like the Sun Belt, many of the utility regulation boards are controlled by Republicans and have a history of favoring industry over consumers and environmental concerns, said Cal Jillson, a political science professor at Southern Methodist University in Texas.
“If Democrats were to win one or more of these offices, you would at least have a debate then in state government about …