After Seoul’s Halloween tragedy, South Koreans are searching for answers 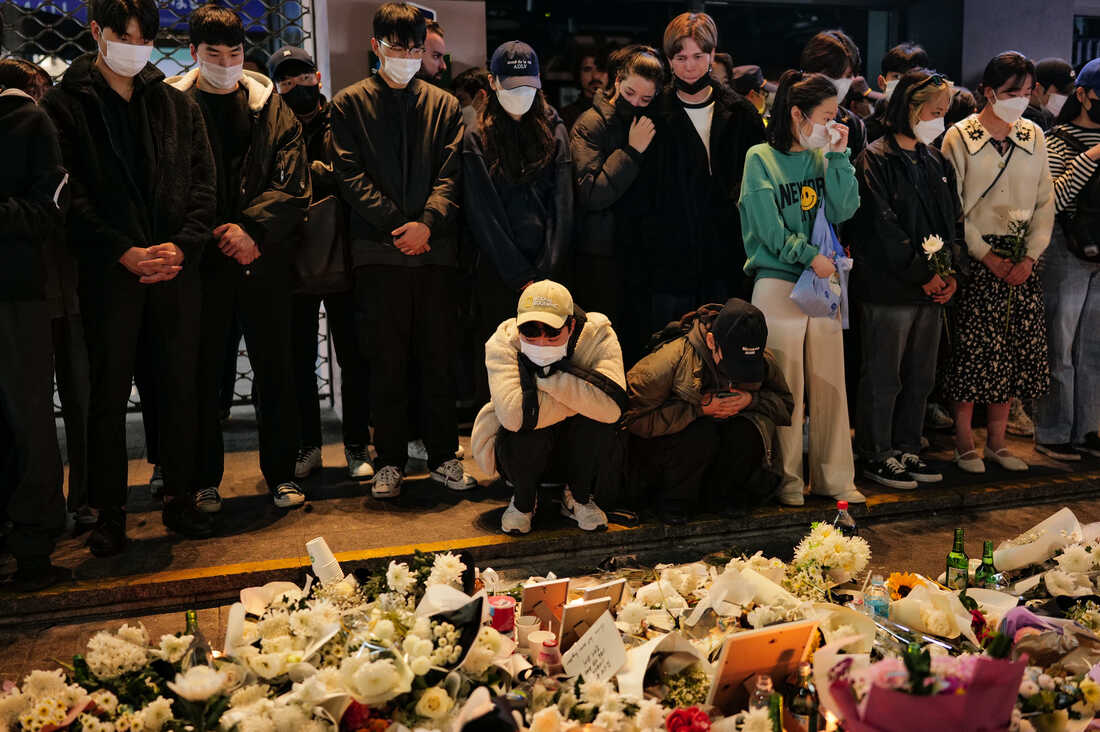 Mourners in the Itaewon neighborhood of Seoul pay tribute Monday to the victims of a deadly crowd crush that took place during Halloween celebrations Saturday night.

SEOUL — Forty-eight hours after Saturday’s deadly Halloween stampede, the country is mourning the victims and searching for answers.

A crowd surge in a narrow alley in the capital’s Itaewon district killed more than 150 people and injured more than 140 on Saturday evening. The victims were mostly young adults, and among the dead are 26 foreigners from 14 countries. President Yoon Suk Yeol on Sunday declared a week-long national mourning period, the second in the country’s history. National flags fly at half-mast, and many public events are canceled or delayed. The police launched a 475-strong investigation team and scoured the scene with forensics officers on Monday.

On Monday, local governments set up public mourning sites. Jeong Hye-yoon, 35, visited an altar near the scene. As a young woman living in a nearby neighborhood, she finds it “unbelievable and surreal” that a disaster of such magnitude happened in the heart of the city.

Mourners pay tribute in front of a joint memorial altar for victims of the deadly Halloween crowd surge, outside city hall in Seoul on Monday.

Witnesses are lamenting the lack of crowd control measures “Large crowds gather in this area every year. But they were left on their own without any preparations to prevent a huge accident from happening,” Jeong says.

The multicultural neighborhood of Itaewon has attracted hundreds of thousands of revelers looking for Halloween festivities each year. The police had estimated that over 100,000 people would visit the district this year, as people celebrate the first Halloween free from pandemic-related restrictions. Over 130,000 passengers used the Itaewon subway station on Saturday, according to Seoul Metro Corporation.

Halloween celebrations in the Itaewon neighborhood in Seoul before the stampede took place on Saturday night.