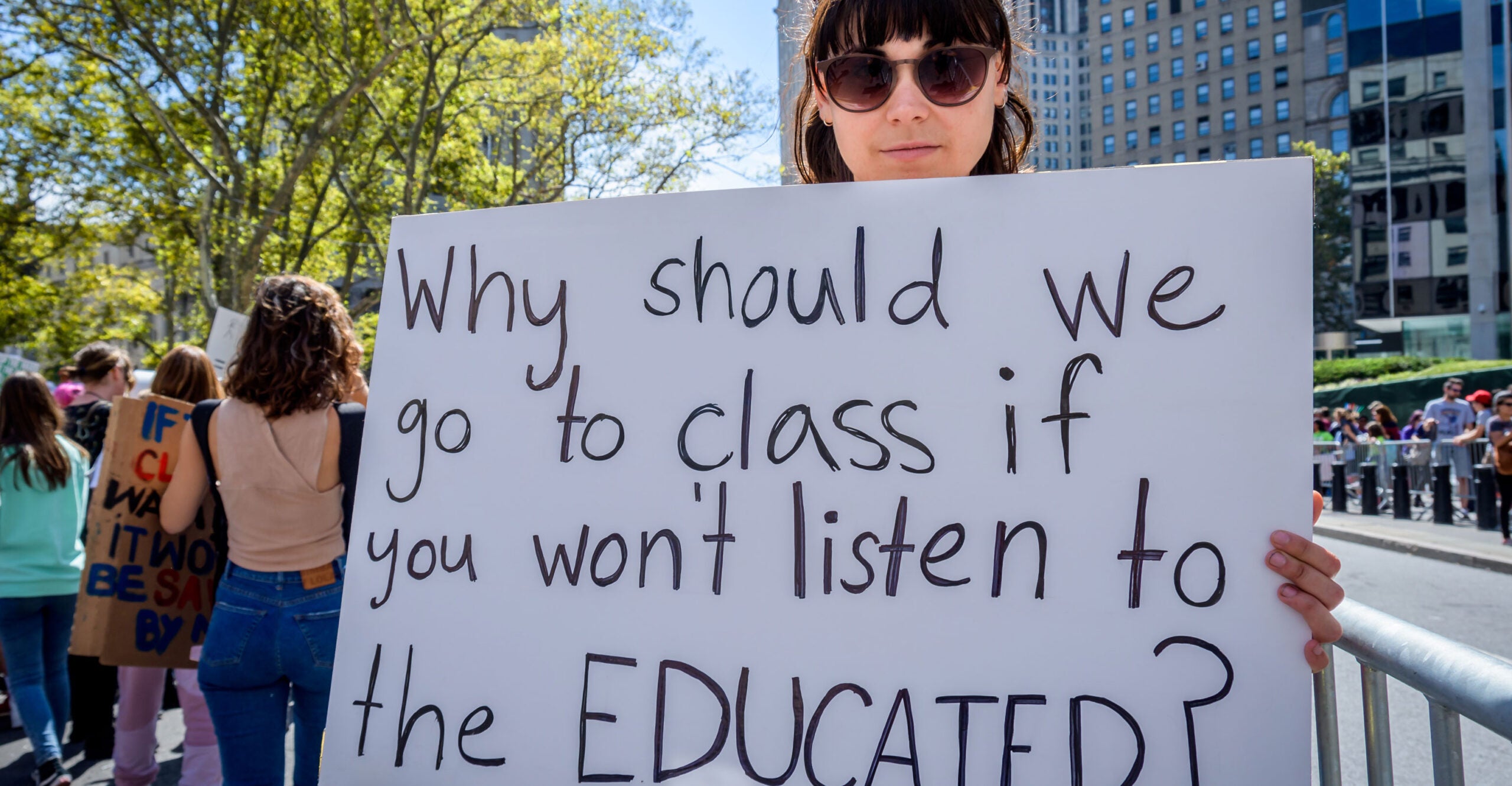 Public school districts are adopting curriculums on climate change from well-funded progressive groups casting the issue as a threat to life on the planet that students should respond to through activism.

As of fall 2020, 29 states and the District of Columbia had adopted standards that require science classes to teach human-caused climate change as a peril beyond dispute, according to K12 Climate Action,  a group that is part of the progressive Aspen Institute.

The school districts often rely on information provided by advocacy groups, including the Sierra Club and the U.S. Green Building Council. A Sierra Club teaching “toolkit” signals a wide purpose across subject areas: “The ‘why’ and the ‘how’ of moving our entire society to 100% clean energy—and for fighting climate change more broadly—can be woven into many subject areas, including: biology, chemistry, physics, and even social studies.”

Still more curricular guidelines and suggestions are distributed by well-funded progressive groups that include the United Nations’ Office for Climate Education and the North American Association for Environmental Education.

No Pretense to Balanced Presentation

Many scientists agree that human activity has contributed to the warming of the Earth in recent decades. But it’s still not clear how much temperatures will rise in the future and the effect that might have on society.

While the Biden administration and progressive groups who help shape the school curriculums argue that it is imperative to end or limit the use of fossil fuels, there is vigorous debate among scientists and policymakers about the best way to balance mitigation measures with economic and other trade-offs that, critics say, are largely ignored in schools.