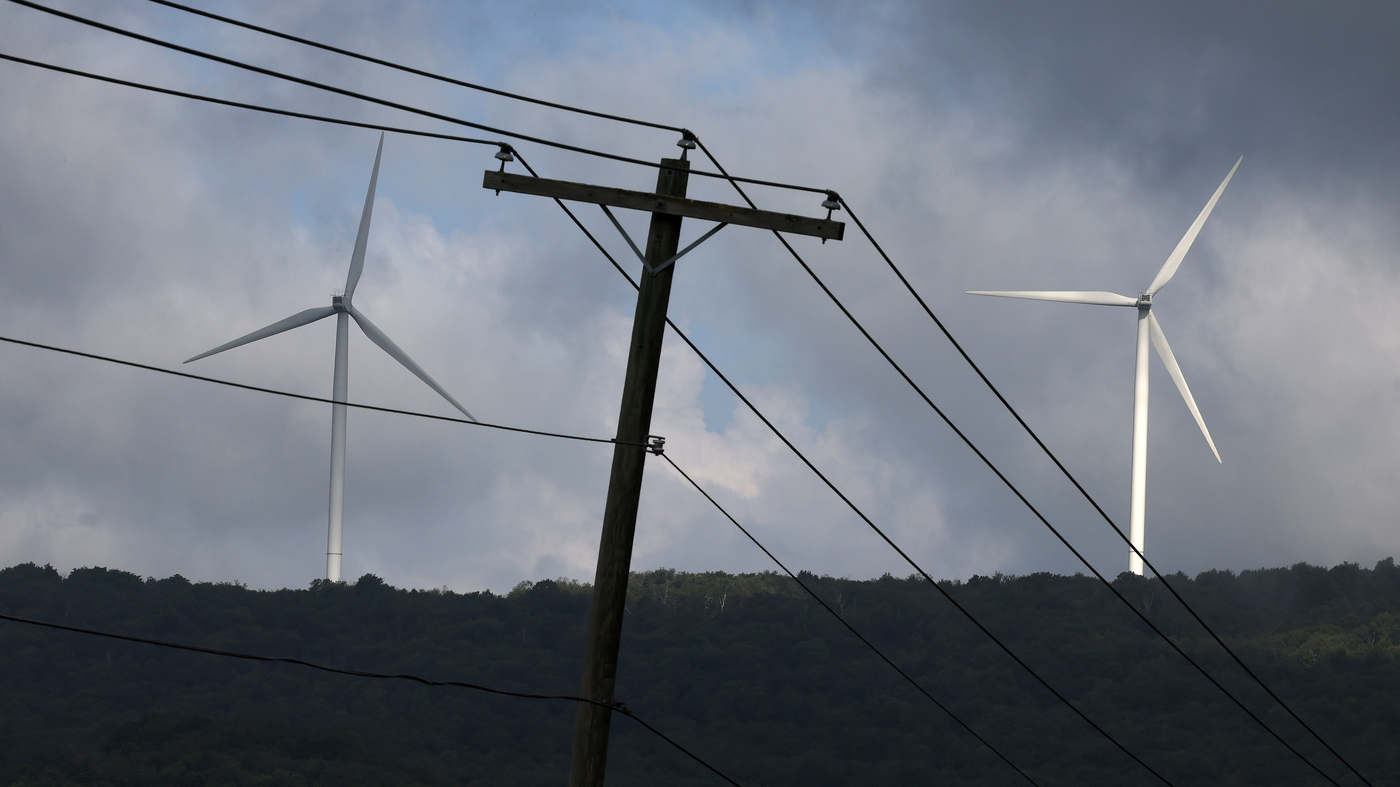 Turbines from the Roth Rock wind farm spin on the spine of Backbone Mountain near Oakland, Md., on August 23. The International Energy Agency says renewable energy projects are getting a boost of investment from governments around the world.

Global demand for all types of fossil fuels will peak by the mid-2030s, according to new projections from the International Energy Agency that offer a rare glint of optimism about climate change. In its annual World Energy Outlook released on Thursday, the IEA — a highly influential energy group — said it expects that the world’s demand for oil, natural gas and other carbon-emitting fuels will start to decline because of new policies that governments have put in place to fight climate change. It also suggested that the energy crisis sparked by the war in Ukraine will accelerate the switch to green energy.

The report did not show that the world is on track to stop global warming. The gap between what’s happening and what needs to happen remains immense. But the world is shifting — and it’s shifting in the right direction, the IEA said. “Ten years from now, I believe we will see that 2022 was the year where the clean energy technologies see a major turbocharging,” executive director Fatih Birol said Thursday. A projection that oil’s peak is around the corner Every year, the IEA issues a far-reaching report on the world’s future energy needs.

It’s widely seen as “impartial, expert and very detail-oriented,” said Daniel Raimi, a fellow at Resources for the Future who closely reviews these kinds of outlooks. The IEA’s projection is not a prediction of what will happen. It’s a snapshot of what the group says would happen, if the world continued on its current path. The report includes three different scenarios. One is what the world would have to do in order to reach net zero emissions by 2050. Another is what the world would look like if countries met their climate pledges. And the third is based on the policies that countries are actually putting in place. This year, for the first time, the “stated policies” scenario — that third one based on what countries are actually doing — shows demand for fossil fuels peaking and starting to fall in the years ahead. The projected move away from fossil fuels is nowhere near as fast as climate scientists are calling for. The IEA estimates it would lock in warming around 2.5 degrees Celsius, well over the 1.5 degree target the world has set. But the fact that current policies would trigger this shift at all is noteworthy, since that’s never shown up in the IEA’s projections — and it hasn’t happened in the real world since the Industrial Revolution began.
Raimi’s takeaway: “We are not there. We are not close to there, but we are moving in the right direction.” Governments and a crisis powering the change What’s driving the shift? The IEA points to recent policy changes, like the climate provisions in the Inflation Reduction Act in the United States, and clean energy pushes in China and India and Japan. The group also calculated that the current energy crisis, driven largely by Russia’s invasion of Ukraine, is actually accelerating decarbonization. “We look at the numbers. This is our job,” Birol said. “We are seeing unprecedented increase in different clean energy options: solar [photovoltaic], wind, batteries, heat pumps, nuclear power, energy efficiency.” The IEA is a group of oil-consuming nations founded in the 1970s, at the height of the oil crisis, to be a sort of counter to OPEC. The brainchild of Henry Kissinger, it was intended to influence oil markets, to protect access to energy and …